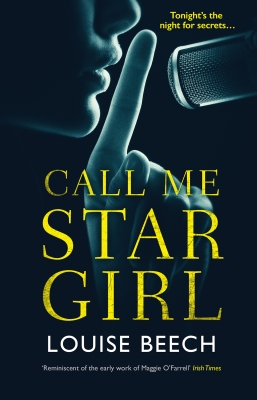 "A surprising, achingly tense and glorious story - a Liz Robinson pick of the month."

A beautifully powerful read that sits in darkness, not an all-consuming menacing murk, but one with pinpricks of light that can be found and felt if you open yourself to the discovery. Stella McKeever is working on her final radio show, she is encouraging listeners to divulge their secrets and waiting another call from a man who claims he knows who murdered the pregnant woman in the city three weeks previously, but should some secrets stay secret? There are times when I think it might be slightly distracting to label a book with one specific genre and for me this is one of them. I know Call Me Star Girl is a psychological thriller, it certainly does thrill, it also made me feel a whole host of other emotions too. Louise Beech excels in writing about people, at their very best, very worst, and everything in between, so I’d rather not pop this book into a pigeon hole but let it fly. Each chapter is headed by a name, and either ‘then’, ‘now’ or ‘with’. I quickly settled into the story while getting to know the characters, they became entirely real to me as I explored the how and why of who they were. While suspicion cut through my thoughts, unexpected slices of deep, aching surprise were served, and there is one particular moment that will stay with me for a very long time. Call Me Star Girl explored my feelings, touched my heart, and is one of my picks of the month, it is a truly glorious read.

Pregnant Victoria Valbon was brutally murdered in an alley three weeks ago – and the killer hasn’t been caught.

Tonight is Stella McKeever’s final radio show. The theme is secrets. She wants yours, and in exchange she will share some of hers. The ones she knows. But she doesn’t know everything.

Why has Stella’s mother, Elizabeth, finally returned fourteen years after leaving her with a neighbour? Is Stella’s new love, Tom, a man who likes to play games, exciting … or dangerous?

And who is the mysterious man calling the radio station to say he knows who killed Victoria? Tonight Stella’s final show may reveal the biggest secret of all…

With echoes of the chilling Play Misty for Me, Call Me Star Girl is a taut, emotive and all-consuming psychological thriller that plays on our deepest fears, providing a stark reminder that stirring up dark secrets from the past can be deadly…

‘A beautiful and compassionate read’ Prima

‘Fans of Eleanor Oliphant is Completely Fine will love it’ Red

‘A devastating, tender and powerful love story, beautifully and bravely told. You will lose your heart to this book. I adored it’ Miranda Dickinson

Louise Beech is an exceptional literary talent, whose debut novel How To Be Brave was a Guardian Readers’ Choice for 2015. The sequel, The Mountain in My Shoe, was shortlisted for Not the Booker Prize. Maria in the Moon was compared to Eleanor Oliphant Is Completely Fine, and widely reviewed. All three books have been number one on Kindle, Audible and Kobo in USA/UK/AU. She regularly writes travel pieces for the Hull Daily Mail, where she was a columnist for ten years. Her short fiction has won the Glass Woman Prize, the Eric Hoffer Award for Prose, and the Aesthetica Creative Works competition, as well as shortlisting for the Bridport Prize twice and being published in a variety of UK magazines. Louise lives with her husband and children on the outskirts of Hull – the UK’s 2017 City of Culture – and loves her job as a Front of House Usher at Hull Truck Theatre, where her first play was performed in 2012.

Click here to read a Q&A with this author.

Louise Beech is our Putting Authors in the Picture feature for April 2019. Click here to read more about ehr author journey on our blog.

More About Louise Beech
Add To Wishlist
Buy from our bookstore and 25% of the cover price will be given to a school of your choice to buy more books.

Blood Ties Family is Not Always a Place of Safety

The Second Life of Amy Archer

The Beauty of Impossible Things 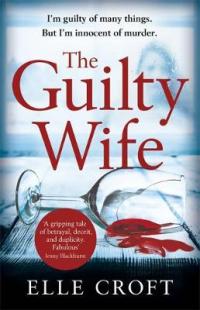 I love Louise Beech's style of writing and her very beautiful storylines that she has written previously to this, her first venture into psychological crime fiction. It certainly shouldn't be her last, I wholeheartedly adored this book Call Me Star Girl and highly recommend it.

Atmospheric, haunting and very intriguing, there is just the right amount of plot twists to keep you turning the pages and I was emotionally wrung out by the time we finally reached the fantastic ending.

Pregnant Victoria Valbon was brutally murdered in an alley three weeks ago – and her killer hasn’t been caught. Tonight is Stella McKeever’s final radio show. The theme is secrets. You tell her yours, and she’ll share some of hers.

A tense thriller set during a late night radio show where the host encourages the listeners to share their secrets, while disclosing a few of her own.

This is a tense thriller which unfolds during a late night radio show hosted by the protagonist Stella. Through flashbacks, we learn about Stella's childhood and current relationship with Tom. Abandoned by her mother when she was twelve years old, and never knowing her father Stella has always carried a star shaped perfume bottle with her everywhere she goes. It belonged to her mother and reminds Stella of her; she also later discovers that it was a gift from her father and belonged to his mother.
There are a lot of twists and turns towards the end of the book and although I wanted to finish the story and find out the ending, I did find some parts slightly out of genre and ridiculous.

Superb thriller keeps you on the edge of your seat!

This is one of those great books that comes along once in a while and really grabs your attention from beginning to end. It's a real page turner!

Stella will keep you enthralled as the start of the book with her sitting in her radio station alone in the early hours thinking of the murder that had just taken place nearby while on a quiet phone chat it. I won't go further with a spoiler but when Tom her boyfriend appears the story goes from great to fantastic.

This thriller is a must read covering various genres and the reader won't be disappointed.