A very simple story with no surprises (until the end) but told with such perceptive insight into the characters and so beautifully written it grips the imagination. It’s about a long-term partnership shattered by a young woman tempting the ‘husband’ Todd away. ‘Wife’ Jodie now has no financial or proprietary rights and things start to get ugly. This could have been banal, like a 60’s American crime TV show but no, this slowly unfolding tragedy becomes a deeply disturbing tale leaving you quite wrung-out. An excellent read.

The New York Times bestseller Having nothing left to lose changes everything. Todd and Jodie have been together for more than twenty years. They are both aware their world is in crisis, though neither is willing to admit it. Todd is living a dual existence, while Jodie is living in denial. But she also likes to settle scores. When it becomes clear their affluent Chicago lifestyle could disintegrate at any moment, Jodie knows everything is at stake. It's only now she will discover just how much she's truly capable of...Shocking and compelling in equal measure, THE SILENT WIFE is a chilling portrayal of two people in turmoil and the lengths they will go to in order to protect themselves.

What To Read After The Silent Wife 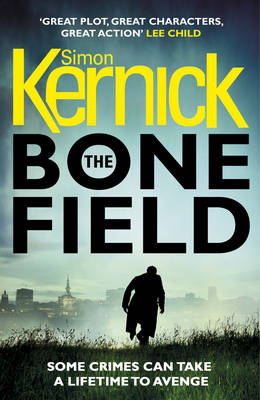 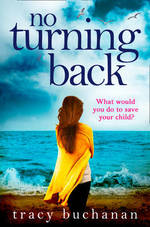 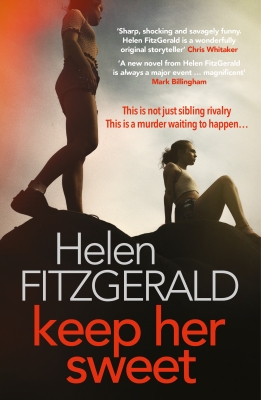 A. S. A. Harrison Press Reviews

'SUPERB... As a novel about the dark side of marriage and relationships, it's better than Gillian Flynn's Gone Girl. A must read for anyone who is occasionally ruthless, reckless or psychologically weird - and anyone who loves clever books with depth and heart' -- Sophie Hannah

'Beautifully written and deeply unsettling, this darkly funny examination of what happens when you've got nothing left to lose is also brilliantly addictive. It left me almost breathless as I raced towards the devastating finale' -- S.J. Watson

'What a deliciously wicked pleasure The Silent Wife was to read. I love books where I can't guess the outcome although I was rooting for Jodi all the way. A very clever, very funny comedy of manners spliced with a domestic thriller' -- Kate Atkinson

'This is an utterly compelling story, gorgeously written and with so many shocks and surprises... I raced through it. My highest recommendation' -- Tess Gerritsen

'The characterization is exceptionally well done, the writing stylish and mature... this is a very accomplished psychological thriller' -- S.J. Bolton

'A.S.A. Harrison knocks it out of the park with her first novel The Silent Wife. With a spare, elegant, and deft hand, she paints two dueling psychological portraits of longtime live-in lovers who become putative killer and hapless victim in a tale that no one is likely to forget any time soon. I couldn't put this book down' -- Elizabeth George

'A chilling portrait of a relationship gone terribly awry. Harrison takes the reader down a wickedly twisted path that has us at once rooting for and wary of the protagonists. A breathtaking story that will keep you reading well into the night and wide awake long after the final page' -- Heather Gudenkauf

'After Gillian Flynn's Gone Girl, novels about toxic marriages are suddenly in vogue. The Silent Wife is the classiest of the bunch... A smart psychological chiller' Mail on Sunday

'Reminiscent of Gone Girl in that it's written in the alternating voices of the couple, it's every bit as addictive. You'll be thinking about it for months to come' -- www.cosmopolitan.co.uk

'The term must-read is often bandied around and not always deservedly. The Silent Wife justifies the plaudit without question... What also makes The Silent Wife impossible to put down is the way it is written: the language is elegant and rich, like warm chocolate sauce slowly dripping off a spoon. The author does not waste a single word... It is immensely sad she is not here to see it published and to enjoy the critical and public praise now being heaped upon it but wow, what a legacy to leave behind' Sunday Express

'The Silent Wife attracted much political publicity, but its author died a few weeks ago... The hype was largely justified. It is inevitably being compared with last year's mega-hit, Gillian Flynn's Gone Girl... The Silent Wife is psychologically more interesting' The Times

'The Silent Wife is one of those books you hate to put down. Harrison writes well with a light touch, but her touch is devastating nonetheless... Profoundly disquieting' Guardian

'Beautifully written and superbly paced, not to mention full of ingenious twists. Fans of Gone Girl will love it' Sunday Mirror

A.S.A. Harrison is the author of four non-fiction books. The Silent Wife is her debut novel, and she was at work on a new psychological thriller when she died in 2013. Harrison was married to the visual artist John Massey and lived in Toronto.   Author photo © John Massey

More About A. S. A. Harrison

More Books By A. S. A. Harrison

View All Books By A. S. A. Harrison