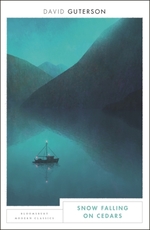 A beautiful new limited edition paperback of Snow Falling on Cedars, published as part of the Bloomsbury Modern Classics list.

He saw the soft cedars of San Piedro Island, its high, rolling hills, the low mist that lay in long streamers against its beaches, the whitecaps riffling its shoreline. The moon had risen already behind the island - a quarter moon, pale and indefinite, as ethereal and translucent as the wisps of cloud that travelled the skies. A fisherman is found dead in the net of his boat off the coast of a North American island.

In 1954 a fisherman is found dead in the nets of his boat, and a local Japanese-American man is charged with his murder. In the course of his trial, it becomes clear that what is at stake is more than one man's guilt. For on San Piedro, memories grow as thickly as cedar trees and the fields of ripe strawberries - memories of a charmed love affair between a white boy and a Japanese girl; memories of land desired, paid for, and lost. Above all, San Piedro is haunted by the memory of what happened to its Japanese residents during World War II, when an entire community was sent into exile while its neighbours watched.

'This is classic whodunnit territory but Guterson's fiercely intelligent and moving novel is far more than a murder mystery ... Guterson has written a novel about the human condition that marvellously combines tenderness and excitement'    The Times

'A skilfully constructed, deeply affecting story of love and death ... This is a hugely attractive book, written in clipped elegant prose'   Sunday Times

David Guterson is the author of the novels Snow Falling on Cedars, East of the Mountains, Our Lady of the Forest and The Other; a collection of short stories, The Country Ahead Of Us, The Country Behind, and of the non-fiction book Family Matters: Why Home Schooling Makes Sense. Snow Falling on Cedars won the PEN/ Faulkner Award. David Guterson lives in Washington State.

More About David Guterson
Add To Wishlist
Buy from our bookstore and 25% of the cover price will be given to a school of your choice to buy more books.

We Need To Talk About Kevin

Desert Songs of the Night 1500 Years of Arabic Literature 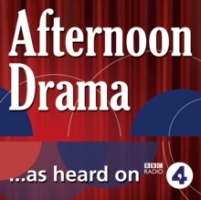