Stalin : The Court of the Red Tsar

LoveReading Expert Review of Stalin : The Court of the Red Tsar

A Special Edition of Stalin: The Court of the Red Tsar by Simon Sebag Montefiore to celebrate Orion's 20th anniversary.

The remarkable untold story of the men and women who sustained Stalin in power in the Soviet Union for nearly 30 years - a SUNDAY TIMES bestseller.

Stalin : The Court of the Red Tsar Synopsis

There have been many biographies of Stalin, but the court that surrounded him is untravelled ground. Simon Sebag Montefiore, acclaimed biographer of Catherine the Great's lover, prime minister and general Potemkin, has unearthed the vast underpinning that sustained Stalin. Not only ministers such as Molotov or secret service chiefs such as Beria, but men and women whose loyalty he trusted only until the next purge.

What To Read After Stalin : The Court of the Red Tsar 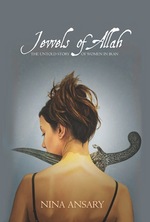 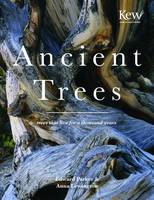 Simon Sebag Montefiore is a historian and writer. His books are international bestsellers, published in 27 languages. CATHERINE THE GREAT AND POTEMKIN (originally POTEMKIN: PRINCE OF PRINCES) was shortlisted for the Samuel Johnson, Duff Cooper, and Marsh Biography Prizes. STALIN: THE COURT OF THE RED TSAR won the History Book of the Year Prize at the 2004 British Book Awards. YOUNG STALIN (published May 2007) is its companion and prequel. Born in 1965, Montefiore read History at Gonville & Caius College, Cambridge. A Fellow of the Royal Society of Literature, novelist, and television presenter, he lives in London with his wife, the novelist Santa ...