REVELATION SPACE: a huge, magnificent space opera that ranges acrioss the known and unknown universe ...towards the most terrifying of destinations.

Nine hundred thousand years ago, something wiped out the Amarantin. For the human colonists now settling the Amarantin homeworld Resurgam, it's of little more than academic interest, even after the discovery of a long-hidden, almost perfect Amarantin city and a colossal statue of a wingest Amarantin. For brilliant but ruthloess scientist Dan Sylveste, it's more than merelty intellectual curiosity - and he will stop at nothing to get at the truth. Even if the truth costs him everything. But the Amarantin were wiped out for a reason, and that danger is closer and greater than even Syveste imagines ...

Alastair Reynolds was born in Barry, South Wales, in 1966. He studied at Newcastle and St Andrews Universities and has a Ph.D. in astronomy. Since 1991 he has lived in the Netherlands, near Leiden. He gave up working as an astrophysicist for the European Space Agency to become a full-time writer. Revelation Space and Pushing Ice were shortlisted for the Arthur C. Clarke Award; Revelation Space, Absolution Gap and Century Rain were shortlisted for the British Science Fiction Award, and Chasm City won the BSFA, and Diamond Dogs was shortlisted for the British Fantasy Award. Below is a Q & A ... 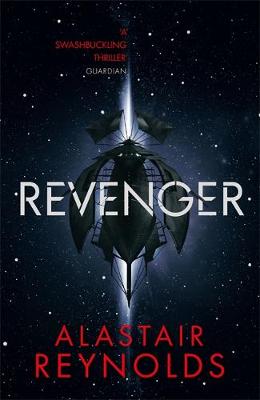 View All Books By Alastair Reynolds