A Special Edition of Dead Until Dark by Charlaine Harris to celebrate Orion's 20th anniversary.

This is the first in a delightful new supernatural series. Sookie Stackhouse is a fantastic heroine who finds herself caught up in a world of vampires and werewolves where, luckily for her, her telepathic skills make her more use alive than as a meal. Great fun and totally compelling this is going to get you hooked on Sookie Stackhouses's world.

Sookie Stackhouse is a small-time cocktail waitress in small-town Louisiana. She's quiet, keeps to herself, and doesn't get out much - not because she's not pretty - she's a very cute bubbly blonde - or not interested in a social life. She really is ...but Sookie's got a bit of a disability. She can read minds. And that doesn't make her too dateable. And then along comes Bill: he's tall, he's dark and he's handsome - and Sookie can't 'hear' a word he's thinking. He's exactly the type of guy she's been waiting all her life for. But Bill has a disability of his own: he's fussy about his food, he doesn't like suntans and he's never around during the day ...Yep, Bill's a vampire. Worse than that, he hangs with a seriously creepy crowd, with a reputation for trouble - of the murderous kind. And then one of Sookie's colleagues at the bar is killed, and it's beginning to look like Sookie might be the next victim ...

What To Read After Dead Until Dark : A True Blood Novel 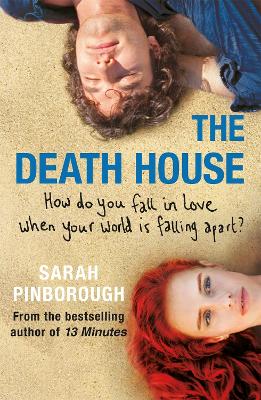