Nudey Beach tells the story of Amber Stone, while in the process of leaving an abusive relationship she books into a Sophia Classique static caravan near the beach to finish her “truly dreadful” book. During her time at the caravan park, as she waits for her intimidating spectre of an ex-boyfriend to leave their home, she discovers a naturist beach that she soon becomes a regular at. As Amber gets to know the locals she finds herself attracted to one particular visitor and local artist, Luke. Like Desperate Housewives, things heat up behind the doors of an unassuming caravan park, and as a reader we don’t seem to miss any of it. With plenty of action and a dramatic conclusion this book isn’t shy, and may not be for those who blush easily.

I thought Nudey Beach was an interesting read. I found the characters and the setting believable and entertaining and it would be a good recommendation for those looking for a relationship story with more mature themes.

Amber Stone discovers the many sights and pleasures of a nearby naturist beach after leaving her abusive boyfriend, Clarke, and booking into a caravan site for six weeks. As she gets into a routine of working on her dreadful chick lit novel, despairing at neighbours, boozy nights out and getting naked on the beach, Clarke sends her messages, varying between vile and begging forgiveness.

As the summer unfolds and things get hotter, Amber’s fledgling relationship with a local artist begins to develop. Yet there is always the shadow of Amber’s return to her flat – which Clarke is supposed to be leaving… But when his messages abruptly stop, it leaves Amber to wonder if any potential danger was all in her mind?

Set amidst a summer of sunshine and darkness, NUDEY BEACH combines humour, threat, carnal pleasure and tenderness, and follows one woman’s attempt at rediscovery and freedom.

A lovely book to read on a cold day. Full review 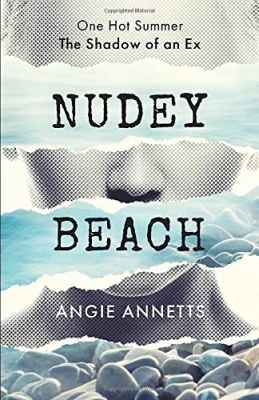