A surprisingly sensitive and compassionate thriller where the lurking suspense surges forward and delivers blasts of turbulence and ferocity. This is subtle clever writing, you’re encouraged to fully invest in the characters before the tension really starts to increase. Layers upon layers of intrigue are laid at your feet, it is easy to sympathise with Marilyn as she attempts to understand the enigmatic Jay and how his past in Yugoslavia is holding his emotions to ransom. Interspersed through the main story, are vivid jolts of reality from a past conflict and the tales Jay tells for a living; the fascinating blend helps to keep you a little unbalanced but is entirely captivating. This is much more than just a thriller, at it’s heart it is a story about friendship, responsibility, remorse and how the past can incarcerate and command everyday lives. ~ Liz Robinson

'Who can forget the tragic scenes transmitted from the Balkans when the state of Yugoslavia began to split at the seams? Debut novelist Alison Layland’s Someone Else’s Conflict brought it all back in Technicolor the moment I picked up the manuscript. This is a tense and insightful book which looks at how we process tragedy and come to terms with the idealistic actions of our youth. At the same time it’s a gripping mystery with a haunting secret. A psychological thriller for armchair historians, lovers and freedom fighters alike…' - Caroline Oakley, Editor, Honno Ltd

"The boy looks up and sees the foreigner's rifle aimed at him. Why is this man here? This is not his conflict, it is not the boy's... it is hell."

Jay has been home for a long time, but the ghosts of Yugoslavia are still with him as he busks his way round the country. Marilyn is fresh out of a controlling relationship and desperate to reassert her independence. The last thing she needs is to fall for an itinerant storyteller who has a strange relationship with the truth. And then the police call on her. When the past catches up with the present and stories become reality, Jay and Marilyn must decide who to believe and who to betray.

"A real page-turner about the need for love, and the search for redemption... If you like a fast-paced thriller but want more – then buy this book" Martine Bailey, author of An Appetite for Violets

"Snatches my interest and my emotions and never lets go..." Thorne Moore, author of A Time for Silence

Alison Layland is a writer and translator. Raised in Newark and Bradford, she lives in mid-Wales with her husband and two teenage children. She studied Anglo-Saxon, Norse and Celtic at Cambridge University, and after a brief spell as a taxi driver worked for several years as a chartered surveyor before returning to her first love – languages. She was Welsh learner of the Year in 1999, and in 2001 won first place at the National Eisteddfod with a short story written in Welsh. She translates for various publishers and agencies from German, French and Welsh – works of creative fiction and specialist information texts – and has been teaching herself Croatian while writing her first novel, Someone Else’s Conflict.

Is there a message in your novel that you want readers to grasp?
Where to begin? Readers bring their own experiences and personal interests to reading a novel and hopefully there is something in there for everyone to take away and think about. In a nutshell, probably that life isn’t black and white. I want readers to relate to my characters, root for them and understand their decisions and actions – and then question. How much of what they say do I believe? Is it right or wrong? What would I have done?

Like any work of fiction, I hope that the novel helps people to see things from a point of view that is not their own, for the time they are reading at least. Apart from the obvious message about the lasting effects of war – any war ¬– I also hope I can raise awareness of the timely issue of immigration, through the character of Vinko. I realise Vinko’s situation is hardly typical of most immigrants, but whose situation is typical? There are no easy answers, but I hope that in presenting one boy’s experiences people will at least be encouraged to think of the wider issues in terms of individuals’ lives rather than the easy target of a mass of stereotypes.

How much of the book is realistic?
In terms of the settings, my wider locations are real, while local settings are fictional. In particular, the Croatian village of Paševina, the events that happened there, and the renegade character of Lek are intentionally fictional – not related to any real events of which I am aware, but hopefully plausible within the wider history of the 1990s conflicts. It therefore made sense to have the Yorkshire Dales town of Holdwick fictional, too, but grounded in reality, to achieve a balance. As for the characters, to me the most important thing is that readers relate to and identify with them.

How did you come up with the title?
It went through several working titles (my first working title for a novel is usually the main character’s name) before settling on this one. I wanted a title that works on more than one level and this one is intended to convey both a literal conflict – Jay’s involvement in the Croatian Homeland War – and the characters’ interactions with one another.

Do you recall how your interest in writing originated?
I have always been an avid reader, and for as long as I can remember have told myself stories – ranging from intense scenes to long soap opera-type rambles that last for months or years. I always dreamed of writing, but never thought of my “stories” as something I could bring out into the open, or would interest anyone else. It began when we moved to Wales, through learning the language. Our Welsh tutor at the time was a poet and creative writing tutor, so after our language course finished a group of us carried on in the form of creative writing classes, and I progressed from there over the years. I found I could open up, and begin to write, with a kind of safety net of doing it in another language to get me through the inherent shyness. Translating some of my Welsh writing (which meant that people close to me could also read it) gave me the impetus to begin writing in my own language, English, as well – and using my professional skills as a translator in that process enabled me to apply, and want to learn more, about the craft of writing, to hone my stories and make them into something other people would actually want to read.
Do you see writing as a career?
Yes – currently one that I am building up. I get a lot of enjoyment from writing fiction, so will always continue to do so whatever happens, but would love to make it my main career. My current profession as a freelance translator, dovetails nicely with writing, both in terms of time flexibility and, perhaps more importantly, the complementary skills needed for each. Ultimately I would like to achieve a balance between literary translation – as there is so much good literature out there and I believe it is important to bring world literature to audiences who don’t know the original languages – and my own writing.

Do you write an outline before every book you write?
No. Everyone has their own way of working and, in my case, whether it’s a novel, story or even an essay, I’ve never been good at drafting a plan. I have a “shape” of the story in my head, and often one or two key scenes towards the end that I’m heading for, then let the story and characters take me there. This works for me as I love the redrafting and editing process almost as much as the writing itself.

Do you ever experience writer's block?
I prefer to call it “time out”. I have periods of intense activity when everything is flowing, but sometimes things come to a stop. This can be either while working on something, or between finishing one novel or story and starting the next. Sometimes, especially if it’s when I’m in the middle of something, I make myself work through it, and can be surprised by the results, but in any case I’ve learned not to be scared of it – the feeling of immersion always comes back, and often allowing myself time out can help me to take stock, get things in perspective and sort out any knotty problems in the story.

Name one entity that you feel supported you outside of family members?
I have been fortunate to have received all kinds of support at various stages in my writing career, and continue to do so. In particular – although not exactly an “entity”, as we’re not a formal group – for several years now I have been meeting regularly with two talented novelists and authors, Martine Bailey and Elaine Walker. We offer feedback on each other’s works in progress and enjoy talking about and discussing all aspects of writing, from inspiration through to publication and beyond, as well as visiting local places of interest, exhibitions, etc. that inspire us. I feel very fortunate to enjoy such friendship and be part of this incredibly supportive trio.

Do you have any advice for other writers?
I can only speak from my own experience, as, especially with creative activities, everyone works differently and you have to find the right way for you. Most importantly – write. Think, plan, research, yes – but only so far. There is no substitute for writing. Words on the page encourage more words and ideas to flow as the characters grow and the story develops. It is important to consider who are your readers, your potential audience – who are you writing this for? But to me, the first draft is for you, while subsequent drafts, revisions and editing – an essential and enjoyable part of the writing process – are for others. In these latter stages you can take account both of your ongoing research and of addressing a particular readership. Don’t be afraid to make changes, while remaining true to your characters and the story you want to tell.
It is also very helpful to find a group of like-minded people whom you trust to give honest critique and feedback on your work, and with whom you can share and discuss ideas. If it is not possible for you to network locally, there are many online writing groups and forums. There are many excellent books on writing – from the craft itself through to publication – and courses at creative writing centres such as TÅ· Newydd near Criccieth or the Arvon Foundation, are a wonderful source of support, inspiration and encouragement.

More About Alison Layland
Add To Wishlist
Buy from our bookstore and 25% of the cover price will be given to a school of your choice to buy more books. 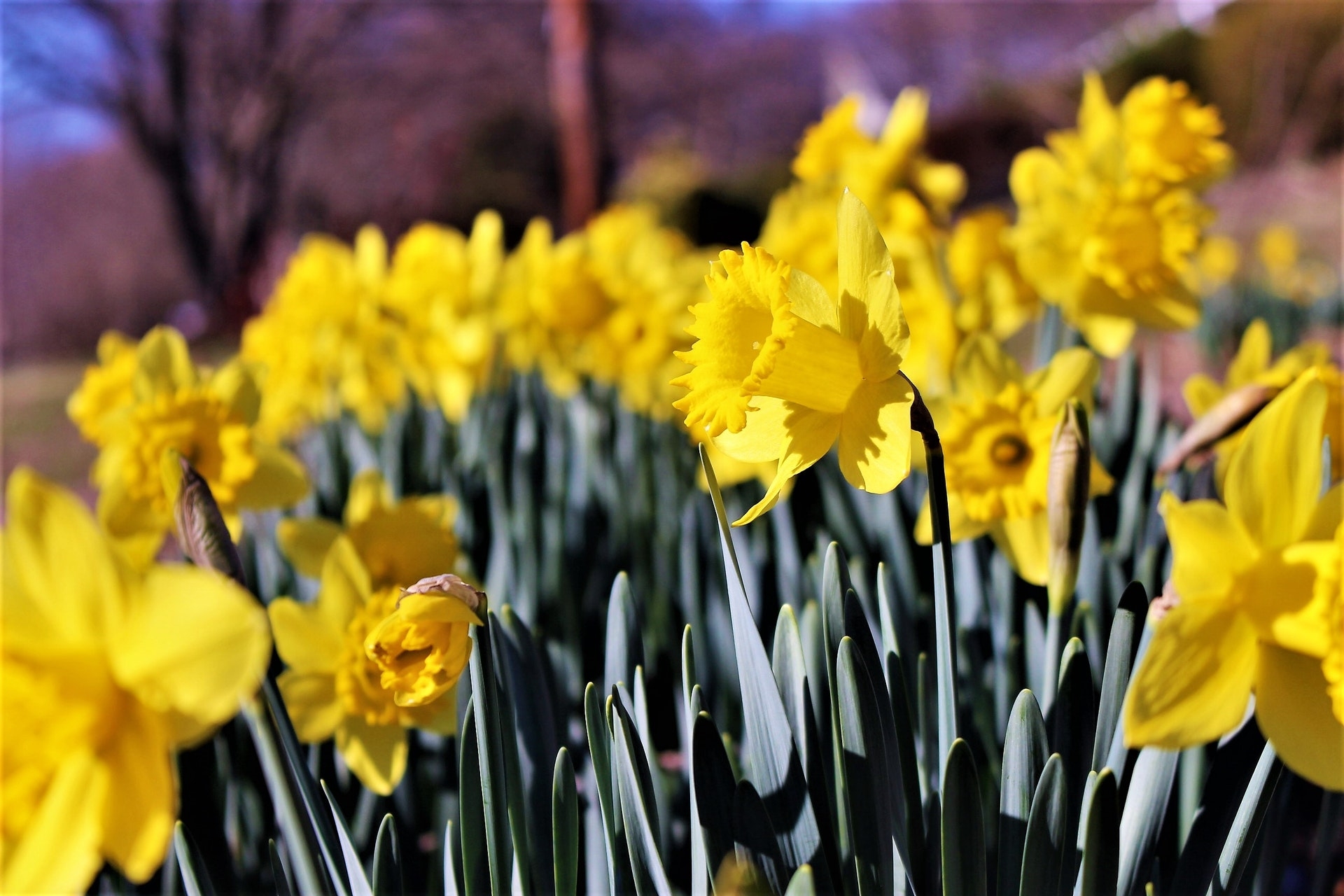