LoveReading Expert Review of After Flodden

Meticulous research and superlative writing brings to life the little known but important Battle of Flodden in 1513 and the consequences to Scotland and its people. Combining political intrigue and romance it is told through the eyes of several characters who either had a hand in bringing the country to war, or were deeply affected by the outcome. Louise has lost her brother in one of Scotland’s most bloody defeats against the English. She turns to Patrick Paniter, who orchestrated the war, for help but Paniter is wracked with guilt and grief. Louise goes into the wild border lands and gets caught up in espionage and skulduggery.  This is a good swashbuckling romp covering a fascinating period of history and it makes for a compelling and educational read. Definitely one for fans of Rose Tremain and Hilary Mantel.

Click here to see the sequel to this book, Dacre's War, published in June 2015.

Patrick Paniter was James IV's right-hand man, a diplomatic genius who was in charge of the guns at the disastrous battle of Flodden in September 1513 in which the English annihilated the Scots. After the death of his king he is tormented by guilt as he relives the events that led to war. When Louise Brenier, daughter of a rogue sea trader, asks his help in finding out if her brother Benoit was killed in action, it is the least he can do to salve his conscience. Not satisfied with the news he brings, Louise sets off to find out the truth herself, and swiftly falls foul of one of the lawless clans that rule the ungovernable borderlands. After Flodden is a novel about the consequences of the battle of Flodden, as seen through the eyes of several characters who either had a hand in bringing the country to war, or were profoundly affected by the outcome. There have been very few novels about Flodden, despite its significance,and none from this perspective. It's a racy adventure, combining political intrigue and romance, and its readership will be anyone who loves historical fiction, or is interested in the history of Scotland and the turbulent, ungovernable borderlands between Scotland and England. 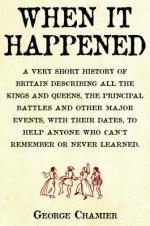 In addition to our Lovereading expert opinion for After Flodden a small number of Lovereading members were lucky enough to be invited to review this title.

Rosemary Goring was born in Dunbar and studied social and economic history at the University of St Andrews; and, after graduation, worked at W&R Chambers as a reference editor. Rosemary was the literary editor of Scotland on Sunday, followed by a brief spell as editor of Life & Work, the Church of Scotland's magazine, before returning to newspapers as literary editor of the Herald, and later also of the Sunday Herald. In 2007 she published Scotland: The Autobiography: 2000 Years of Scottish History By Those Who Saw it Happen, which has since been published in America and Russia.   Author ...

View All Books By Rosemary Goring