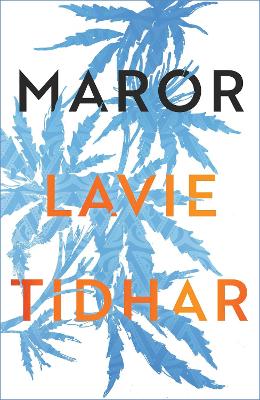 "Spanning generations and continents, this unique exploration of the founding of Israel has all the intrigue and pace of a character-driven crime thriller, plus political depth."

In essence, a gripping exposition of how a nation was founded away from the glare of the public political stage, with a tangled, lively cast of criminals and police men lending us their perspective, Lavie Tidhar’s Maror is an explosive feat of fiction.

Radiant with all the brutally elegant atmosphere of crime noir, and the richly nuanced complexity and style of Marlon James’ A Brief History of Seven Killings, it’s a genre-busting novel that will catch your breath as it presents the history of Israel from unique points of view, with dazzling multi-generational scope.

Though the cast of characters is vast, and the narrative spans the 1970s through to the new millennium, a constant comes courtesy of corrupt cop Cohen. We meet him first during the early 2000s, with flashbacks to the seventies showing how he ended up the way he is as the story peels back layers of history, global politics and zeitgeist nuances. At once illuminating, thrilling and thought-provoking, this tale of corruption, killings, sacrifice and the souls that make up a nation is a symphonic feat of fiction.

A multi-generational saga with cultural and political depth, drawing on the rich, often troubling recent history of Israel, for fans of A History of Seven Killings or The White Tiger.

How do you build a nation?

It takes statesmen and soldiers, farmers and factory workers, of course. But it also takes thieves, prostitutes and policemen.

Nation-building demands sacrifice. And one man knows exactly where those bodies are buried: Cohen, a man who loves his country. A reasonable man for unreasonable times.

A car bomb in the back streets of Tel Aviv. A diamond robbery in Haifa. Civil war in Lebanon. Rebel fighters in the Colombian jungle. A double murder in Los Angeles.

How do they all connect? Only Cohen knows.

Maror is the story of a war for a country's soul - a dazzling spread of narrative gunshots across four decades and three continents.

It is a true story. All of these things happened.

'Some write in ink, others in song, Tidhar writes in fire... Maror is a kaleidoscopic masterpiece, immense in its sympathies, alarming in its irreverences and altogether exhilarating' -- Junot Diaz

'One of the boldest, most visionary writers I've ever read creates both a vivid political exploration and a riveting crime epic. It's like the Jewish Godfather!' Silvia Moreno-Garcia

Lavie Tidhar was born just ten miles from Armageddon and grew up on a kibbutz in northern Israel. He has since made his home in London, where he is currently a Visiting Professor and Writerin Residence at Richmond University. He won the Jerwood Fiction Uncovered Prize for Best British Fiction, was twice longlisted forthe International Dublin Literary Award and was shortlisted forthe CWA Dagger Award and the Rome Prize. He co-wrote Art and War: Poetry, Pulp and Politics in Israeli Fiction, and is a columnist forthe Washington Post.

More About Lavie Tidhar
Add To Wishlist
Buy from our bookstore and 25% of the cover price will be given to a school of your choice to buy more books.

The Woman in the Picture

We Need to Talk About Kevin 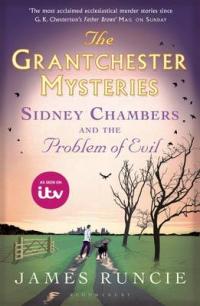 Sidney Chambers and the Problem of Evil

The Weight of Small Things