April 2, 1865 is perhaps the most famous night in American history. It was certainly the most action-packed. In the space of a few hours the Confederate capital was evacuated and burned, the government fled, slavery was finished in North America, Union forces entered Richmond, and the Civil War basically came to an end. There were no official documents to tell this story because the Confederate government was on the run. First, there were the newspapers, mostly confused. Then the history books, based on those papers. Being in a history book, the story becomes set in stone. But things always come to light to change history, in this case eyewitnesses . If the story they tell is a good one, it will become history. By far the most important eyewitness was Navy Secretary Mallory, whose account changed everything. Most of what we know today comes from Mallory, but Mallory, and all the other eyewitnesses, are not what they seem. The history of April 2, 1865 is not how it has come down to us - not at all. 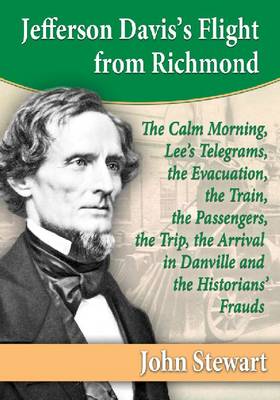 View All Books By John Stewart