From the author of the bestselling A Visit from the Goon Squad, this is one of Jennifer Egan's bold, innovative earlier novels published in a new edition, which demonstrates her virtuosity at weaving a spellbinding, ambitious tale with language that dazzles, captures the spirit of our times and offers an unsettling glimpse of the future.  As her story eerily converges with that of a plain, unhappy teenager - another Charlotte - it raises tantalizing questions about identity and reality in contemporary Western culture.

Look at Me Synopsis

Reconstructive facial surgery after a car crash so alters Manhattan model Charlotte that, within the fashion world, where one's look is oneself, she is unrecognizable. Seeking a new image, Charlotte engages in an Internet experiment that may both save and damn her.

'Arresting. . . . Look at Me is the real thing-brave, honest, unflinching. [It] is itself a mirror in which we can clearly see the true face of the times in which we live.' - Francine Prose, The New York Observer

'Egan limns the mysteries of human identity and the stranglehold our image-obsessed culture has on us all in this complicated and wildly ambitious novel.' - Newsweek

'Intriguing. . . . An unlikely blend of tabloid luridness and brainy cultural commentary. . . . The novel's uncanny prescience gives Look at Me a rare urgency.' - Time

'Egan has created some compelling characters and written provocative meditations on our times. . . . [She] has captured our culture in its edge-city awfulness.' - The Washington Post Book World

'Look at Me is a complicated novel . . . but the questions it raises are worth following a lifetime of labyrinths toward the answers.' - Los Angeles Times

Jennifer Egan is the author of The Keep, Look at Me, The Invisible Circus, and the story collection Emerald City. Her stories have been published in The New Yorker, Harper's Magazine, GQ, Zoetrope, All-Story, and Ploughshares, and her nonfiction appears frequently in The New York Times Magazine. A Visit from the Goon Squad won the 2011 Pulitzer Prize for fiction in 2011. She lives with her husband and sons in Brooklyn.

More About Jennifer Egan
Add To Wishlist
Buy from our bookstore and 25% of the cover price will be given to a school of your choice to buy more books.

Stop What You're Doing and Read This!

Something I've Been Meaning to Tell You 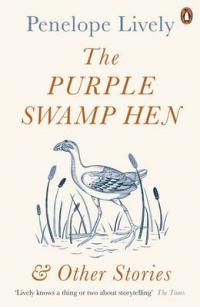 The Purple Swamp Hen and Other Stories