LoveReading View on My Antonia

On My Bookshelf by Nicci French...

I read and re-read My Antonia by Willa Cather, and have passed it on to family and friends. It tells the story of poverty-stricken immigrant families living on the wild plains of Nebraska, and particularly of Antonia, a spirited and generous girl from Bohemia. Fabulous and good for the soul.

'As I looked about me I felt that the grass was the country, as the water is the sea. The red of the grass made all the great prairie the colour of wine-stains...And there was so much motion in it; the whole country seemed, somehow, to be running.' My Antonia (1918) depicts the pioneering period of European settlement on the tall-grass prairie of the American midwest, with its beautiful yet terrifying landscape, rich ethnic mix of immigrants and native-born Americans, and communities who share life's joys and sorrows. Jim Burden recounts his memories of Antonia Shimerda, whose family settle in Nebraska from Bohemia. Together they share childhoods spent in a new world. Jim leaves the prairie for college and a career in the east, while Antonia devotes herself to her large family and productive farm. Her story is that of the land itself, a moving portrait of endurance and strength.Described on publication as 'one of the best [novels] that any American has ever done', My Antonia paradoxically took Cather out of the rank of provincial novelists as the same time that it celebrated the provinces, and mythologized a period of American history that had to be lost before its value could be understood. 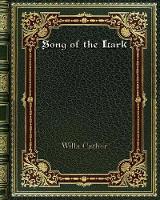 View All Books By Willa Cather