LoveReading View on Half Blood Blues

Esi Edugyan weaves the horror of betrayal, the burden of loyalty and the possibility that, if you don't tell your story, someone else might tell it for you. And they just might tell it wrong...

From Weimar Berlin to the fall of Paris, and on to the present day, danger, jealousy and inspiration combine to tempt a man to a secret betrayal. Now a Radio 4 Book at Bedtime scheduled for 27th June - 8th July. Chip told us not to go out. Said, don't you boys tempt the devil. But it been one brawl of a night, I tell you. The aftermath of the fall of Paris, 1940. Hieronymous Falk, a rising star on the cabaret scene, was arrested in a cafe and never heard from again. He was twenty years old. He was a German citizen. And he was black. Fifty years later, Sid, Hiero's bandmate and the only witness that day, is going back to Berlin. Persuaded by his old friend Chip, Sid discovers there's more to the journey than he thought when Chip shares a mysterious letter, bringing to the surface secrets buried since Hiero's fate was settled.

'Simply stunning, one of the freshest pieces of fiction I've read. A story I'd never heard before, told in a way I'd never seen before. I felt the whole time I was reading it like I was being let in on something, the story of a legend deconstructed. It's a world of characters so realized that I found myself at one point looking up Hieronymous Falk on Wikipedia, disbelieving he was the product of one woman's imagination'
(Attica Locke) 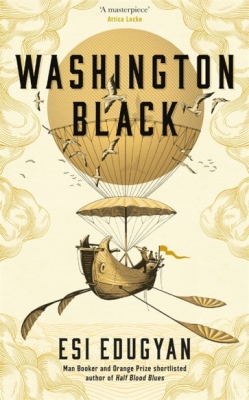