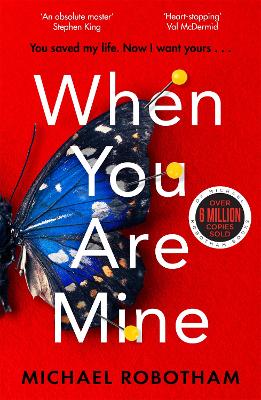 "This tremendously entertaining and engaging thriller throws a young police officer in the midst of murder, gangsters, and corrupt colleagues."

Join a fast-paced riveting read as it explodes out of the blocks and is so readable, you can just sink into the pages and allow yourself to be consumed by the story. Police Officer and daughter of a gangster Philomena finds herself in trouble when she arrests a detective after being called to potential domestic abuse. Award-winning author Michael Robotham is a former investigative journalist working with clinical and forensic psychologists, and he knows how to make things feel real, to play with your thoughts and send them spiralling. The main character Phil narrates and feels on the edge of her own life, never quite fitting in. She is plunged into a world of pain and comes out fighting. I raised an eyebrow and became frustrated at some of her decisions, which shows just how invested I was in her. Some of the heavy-hitting topics range from domestic violence and revenge, to corruption within the old boys network, and they are contained within a thrilling and stimulating story with a whammy of an ending. When You Are Mine is a feisty, stimulating, and ultimately extremely satisfying read.

When You Are Mine Synopsis

To Philomena McCarthy, being a police officer means never turning your back on someone in trouble. So when a decorated detective beats his girlfriend and the case is covered up, Phil secretly helps her.

But as Phil lets her new friend deeper into her life, sinister things start happening.

Praise for When You Are Mine - -

No one does suspense better -- Stephen King

Michael Robotham keeps upping his game. With each new book, I say it's his best. Well, THIS is his best -- Linwood Barclay

Robotham is quickly becoming the go-to author for the psychological thriller and this book, his 16th, is a superb example . . . He twists the knife with skill and precision - Globe and Mail

All thrills and chills - Toronto Star

A nail-biter . . . Robotham tightens the screws on his sympathetic lead incrementally as the action builds to a satisfying climax - Publisher's Weekly

Robotham doesn't just make me scared for his characters, he makes my heart ache for them -- Linwood Barclay

One of crime's greatest practitioners . . . a ripper, suspenseful read - The Australian

More About Michael Robotham
Add To Wishlist
Buy from our bookstore and 25% of the cover price will be given to a school of your choice to buy more books.