The House with the Golden Door

Part of the The Wolf Den Trilogy Series 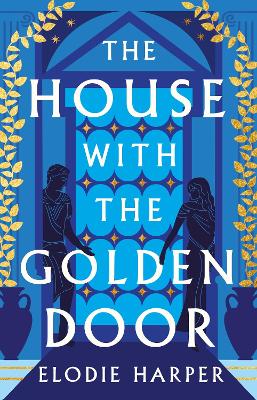 LoveReading Expert Review of The House with the Golden Door

Love, lust, loyalty, treachery, power, revenge and redress — this enthralling story of a freed Pompeii prostitute is an explosive triumph.

The second adrenaline-charged instalment of Elodie Harper's Pompeii-set trilogy (we adored The Wolf Den), The House with the Golden Door picks up Amara’s gripping story after she’s been freed from Pompeii’s most notorious brothel, though that comes at a perilously high price, and she’s far from a free woman. Richly evocative, and reeling with drama and the determined passion and conflicts of its unforgettable heroine, this is historical fiction at its most thrillingly entertaining.

Though Amara’s shift in status from Wolf Den whore to courtesan brings some freedom and a better standard of living, her life now depends on her new patron, a wealthy, well-connected man who wants her to remain thin and has her at his whim — she’s his “little bird”, his “pretty little thing”. While adjusting to her new life, and taking enormous risks in the name of true love, Amara frees some friends from the Wolf Den, but at great financial and emotional cost, for this results in her becoming indebted to the man she was freed from, "the most violent pimp in Pompeii".

Though owned and forced to lead grossly subservient lives, the women of The House with the Golden Door are guileful and ambitious. Fierce Britannica, for example, wants to be a gladiator. But betrayals, bribery, and a persistent “crushing sense of powerlessness” ensures readers are in for an irresistibly exhilarating ride. That said, Amara is a woman who refuses to be crushed. In her words, “there is always a price to pay for underestimating a woman”. With a heady climax leaving Amara on the brink of tremendous change, the final book can’t come quick enough.

The House with the Golden Door Synopsis

The life of a courtesan in Pompeii is glittering, yet precarious...

Amara has escaped her life as a slave in the town's most notorious brothel, but now her existence depends on the affections of her patron: a man she might not know as well as she once thought.

At night she dreams of the wolf den, still haunted by her past. Amara longs for the women she was forced to leave behind and worse, finds herself pursued by the man who once owned her. In order to be free, she will need to be as ruthless as he is.

Amara knows her existence in Pompeii is subject to Venus, the goddess of love. Yet finding love may prove to be the most dangerous act of all.

We return to Pompeii for the second instalment in Elodie Harper's Wolf Den Trilogy, reimagining the lives of the women from the town's lupanar.

What To Read After The House with the Golden Door 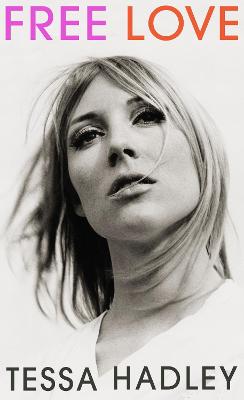 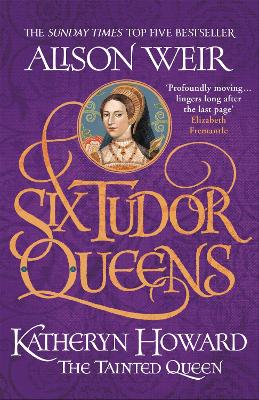 The House with the Golden Door Reader Reviews

This is such a great series. If you haven’t read the first one you really should as you’re missing out. This book really is an enjoyable and pleasurable read with such engaging characters and storyline.

This is such a great series. If you haven’t read the first one you really should as you’re missing out. This book follows on perfectly from the first book in the series. It is great to catch up with the same characters again as we continue to follow their lives as free women and slaves, and life continues to be as challenging. This book is such an enjoyable and pleasurable read with such engaging characters and storyline.

PRAISE FOR THE WOLF DEN:

'What a book! Utterly compelling, unflinching in describing Amara's life as a slave-prostitute in Pompeii and so incredibly transporting. Best book I read in ages' Sophie van Llewyn, author of Bottled Goods.

'A riveting tale of power, love, hate, privilege, female empowerment and female friendships found in the most unlikely situations, The Wolf Den truly delivers and you will laugh and be heartbroken alongside the women nicknamed she-wolves, whose lives were deemed disposable, and their determination to find ways to escape the brothel both in body and mind. Set in a rich and prosperous Pompeii, Amara's story takes off at a brisk pace and ultimately delivers a stunning ending that left me both satisfied and very eager for the next book in the next book in this series' Buki Papillon, author of An Ordinary Wonder.

Elodie Harper is a journalist and prize-winning short story writer. Her story 'Wild Swimming' won the 2016 Bazaar of Bad Dreams short story competition, which was judged by Stephen King. She is currently a reporter at ITV News Anglia, and before that worked as a producer for Channel 4 News. The House with the Golden Door is the second book in The Wolf Den trilogy. The first book in the trilogy, The Wolf Den, was a Waterstones Book of the Month for fiction and a Sunday Times Top 15 bestseller.  Follow Elodie Harper on Instagram: @elodielharper