For the Love of Alison

LoveReading View on For the Love of Alison

Wow! For the Love of Alison had me hooked from the very first chapter on and it just kept giving.

The main character, David, a journalist, gets an unexpected phone call one day to meet his university friend Alison after not having seen her for about 30 years. He jumps at the chance as he used to be obsessed with her in the past to the extent that he had to be hospitalized in a mental institution for a while. The meeting will change his life forever and get him accused of a crime for which there is apparently only one possible perpetrator - himself. Has he gone insane or is there another explanation for the events that occurred?

I absolutely loved the depiction of David's character: he clearly struggles with mental issues, but that doesn't stop him - he never gives up, taking anything in his stride that life throws at him.

There are twists and turns wherever you look in this book and as I reader I was really rooting for David. The feel of it reminded me a bit of The Hundred-Year-Old Man Who Climbed Out the Window and Disappeared. It felt life-affirming, sweet and made me feel good.

A wonderful read! You know you are onto something fantastic when you feel sad upon reaching the last page!

For the Love of Alison Synopsis

This book is available to purchase on Amazon.

Journalist, David Buckley reports a murder. Only one problem – the murderer doesn't exist, so now Buckley's the chief suspect, and he's on the run. Can he prove his innocence - and his sanity?

Student David Buckley’s obsession with fellow student, Alison Tindell, led to hospitalisation for mental illness. Thirty years on, Buckley, now a successful journalist, receives a phone call from Alison inviting him to visit. That same evening a murder occurs; Buckley is accused, and Alison, his only alibi, vanishes. The police don’t believe she ever existed. Buckley escapes from custody, travelling the country in a desperate search to find Alison before the law catch up with him. But someone else needs to find him before the police - a person he fears more than anyone.

For the Love of Alison Reader Reviews

I loved the way the tale captures the reader and weaves the story. I really enjoyed this novel and will look out for more titles from Sahlan Diver. Full review 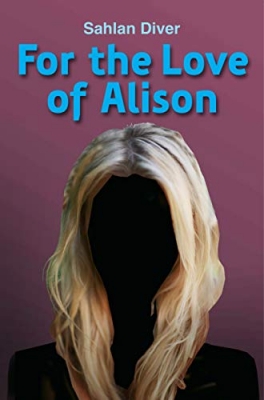 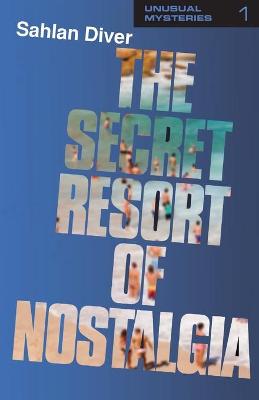 View All Books By Sahlan Diver