You Let Me In

LoveReading Expert Review of You Let Me In

It puts the psychological in suspense, chilling and clever, oh so very clever…

A wonderfully shiver-inducing wormhole of a read, the possibilities opened up before me while the story snapped at my heels.  Elle returns home after letting her house out to slight but notable differences, the house no longer feels welcoming, small shifts have occurred, has she inadvertently allowed danger in? The prologue is quietly unsettling and sets the tone beautifully. Lucy Clarke writes with an exquisite subtlety, each layer thin as a slice of paper painstakingly constructed into a looming brooding tower. Taunting ‘Previously’ chapters lie in wait, prepared to catch you unawares, and then there are the chapters from the past, allowing knowledge freedom to hint, prod, stir. The characters felt so very real, they slid into my mind, taking up residence, making mistakes, regretting, living their lives. The ending felt real, felt right, felt perfect. You Let Me In is a razor-sharp, smartly provocative tale, and I loved every single second of it - highly recommended.

You Let Me In Synopsis

'The very definition of a page-turner' Clare Mackintosh Nothing has felt right since Elle rented out her house . . . I'M IN YOUR HOUSE There's a new coldness. A shift in the atmosphere. The prickling feeling that someone is watching her every move from the shadows. I'M IN YOUR HEAD Maybe it's all in Elle's mind? She's a writer - her imagination, after all, is her strength. And yet every threat seems personal. As if someone has discovered the secrets that keep her awake at night. AND NOW I KNOW YOUR SECRET As fear and paranoia close in, Elle's own home becomes a prison. Someone is unlocking her past - and she's given them the key... Spine-tingling, chilling, and utterly compulsive, this is the thriller that EVERYONE is talking about right now - 'Brilliantly creepy' Sabine Durrant 'Super-believable, super creepy and super-readable (if terrifying!)' Fabulous 'Clever, tense, twisty' C.L. Taylor 'A tour de force' Gillian McCallister 'Riveting, atmospheric and unsettling' Heat 'Brilliant and chilling' Karen Hamilton

What To Read After You Let Me In 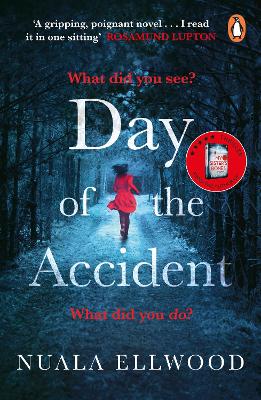 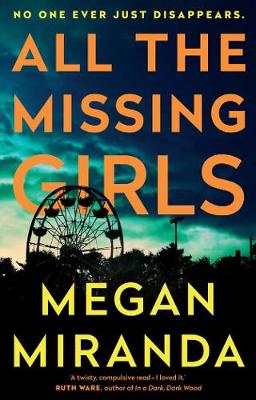 You Let Me In Reader Reviews

Supremely chilling and brilliantly atmospheric, Lucy Clarke’s fifth psychological thriller is an absolute powerhouse read that utterly consumed me and takes a seemingly innocuous experience - an Airbnb rental - and overlays it with paranoia, suspicion and menace.

Supremely chilling and brilliantly atmospheric, Lucy Clarke’s fifth psychological thriller is an absolute powerhouse read that utterly consumed me and takes a seemingly innocuous experience - an Airbnb rental - and overlays it with paranoia, suspicion and menace. When author, Elle Fielding, returns home after two weeks in France to her spectacular clifftop home overlooking the sea in Cornwall the whole atmosphere feels off; objects moved slightly out of place, a broken ornament and her treasured writing room unlocked. As Elle’s unease mounts she starts to wonder just who she has let into her home and what parts of themselves they might have left behind... Her practical older sister, Fiona, tells her that’s it her vivid imagination and a product of her craft as a creative writer and Elle herself is only too aware of staring down the barrel of a deadline for delivering her second book on which the house, her livelihood and finances are hanging. Unravelling under the weight of expectation after her bestselling debut and ravaged by insomnia further exacerbate Elle’s paranoia.

Taunted by the knowledge that her life as portrayed through the medium of Facebook filters is a fiction, a second occasional timeline offering all too brief glimpses into Elle’s backstory with a third narrative telling of a shadowy figure prying into every corner of her dream home in chapters entitled ‘previously’. But where is this real or imagined threat coming from and what are the perpetrators intentions? A cast of viable contenders emerge with figures from Elle’s past, locals who resent the blow-ins who have priced natives out of the property market through to the obsessive social media followers offered access all areas glimpses into Elle’s perfect life. Forced to reevaluate her acrimonious divorce and fraught relationship with ex-husband, Flynn, and the solidity of her sister’s marriage to brother-in-law, Bill, she must also contend with the fan-girl young librarian and the indignant son of a neighbour. Refreshingly unpredictable, the spotlight of suspicion switches multiple times as the clock ticks down to Elle’s impending deadline..

With a fully realised protagonist who is easy to empathise with, a vast house echoing with silence that readers can visualise and steadily mounting tension, a stunning denouement delivers not one, but two, staggering surprises. A smart, meticulously plotted psychological thriller which is grounded in reality! You Let Me In is a novel within a novel, with a second parallel narrative that reveals itself before the reader’s eye!

Full of mystery and suspense. Buckle up and enjoy the ride, just watch out for the wrong turns and dead ends. A very enjoyable read with plenty of plot twists.

Full of mystery and suspense. Buckle up and enjoy the ride, just watch out for the wrong turns and dead ends. A very enjoyable read with plenty of plot twists.

The novel starts with Elle’s return from a writing break. Her house has been rented out during her absence and she senses a different atmosphere.

There follows some spine tingling moments when she finds evidence of an intruder (other than the family who rented the house). There are flashbacks to the shadowy figure who has been in her house but although there are several candidates for the intruder, the novel really keeps you guessing.

Elle is a very likeable character and it was easy to identify with her, especially as she gradually reveals her vulnerabilities. It is clear that she has a secret but although there are clues given to this throughout, you have to wait until the end to find out if you're right!

I thought the writing tips given at the start of each chapter were a nice touch. Overall I found this novel genuinely page-turning; I enjoyed trying to guess who had been in Elle’s house and their reasons and also what her secret could be. It’s very cleverly plotted and has an intriguing ending when she receives a mysterious parcel.

She's a celebrated author trying to write a new novel and now she's being watched from inside her house. Or is she???

You Let Me In is a psychological thriller set in cold and stormy Cornwall. The plot follows Elle Fielding, a celebrated author of a bestselling thriller novel as she sets about trying to write her new novel. However, she has a chilling feeling of someone being inside her house. Is she being watched or is this all in her head? The novel also hints at a dark secret that Elle is hiding and this starts to unravel as the plot progresses.

This was an enjoyable novel. I read it at a time when I was home alone and it certainly contributed to a few difficult nights' sleep! The setting of Cornwall is perfect; Elle has a huge modern house with lots of glass walls on a hilltop which only adds to her paranoia of being watched. The story flits back in time between the present and a university incident in 2004/5 which was helped to maintain interest. There are also lots of clues and several red herrings thrown in along the way to leave you suspecting everyone including Elle.

Where the book failed to reach four or 5 star rating for me was the eventual reveal. I didn't find it as exciting or menacing as I had anticipated and the university sideplot felt slightly surplus to requirements.

All in all, this is an enjoyable thriller and will be perfect for a stormy autumnal evening.

Clever, thrilling & atmospheric. If you enjoy well-crafted thrillers with a strong sense of place & great characters, then this is a book for you! Thank you Lucy Clarke for a marvellous read!

I think this is a marvellous book, so clever & so thrilling!

I raced through the pages & thought the idea about a novelist struggling to deal with strange goings on (which may or may not be all in her imagination) was very original. Lucy Clarke also has a great way of evoking the setting - you can practically taste the sea spray! I would highly recommend this book & am very grateful to be given the opportunity to read this ahead of publication. I am looking forward to the next book by Lucy Clarke.

I found the book to be very atmospheric and kept me guessing to the very end. The ending was very surprising and wasn’t expecting it at all.

This was another new author from me. Again, I have seen books by her but hadn’t actually read anything until now. A real page-turner from the very beginning. I found it very gripping and didn’t want to put it down, but had to as had things to do. But any spare time I had went into reading this book.

The book is about an author who rents out her house through Airbnb while away and when she returns to the house she feels uncomfortable as if something strange has happened or about to happen. This is when the plot starts to get interesting. I won’t say much more as don’t want to spoil the plot for everyone.

To me the book is very well written, and it had lots of descriptive writing throughout the book. Normally I don’t like this but Lucy Clare has done it just right and for once I didn’t mind. I also didn’t mind the book jumping to the past and present, as it was actually useful to read. Also, when the chapters jumped to a previous event it is short and simple so you don’t get confused as to what is happening. I found the book to be very atmospheric and kept me guessing to the very end. The ending was very surprising and wasn’t expecting it at all.

A really good psychological thriller that I highly recommend you read. 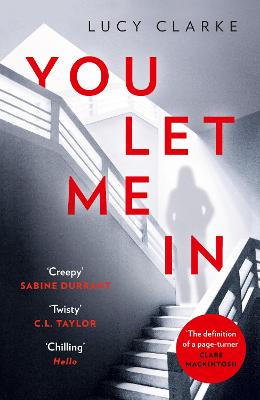 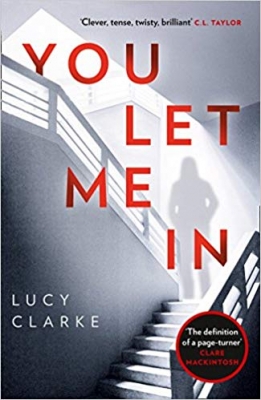 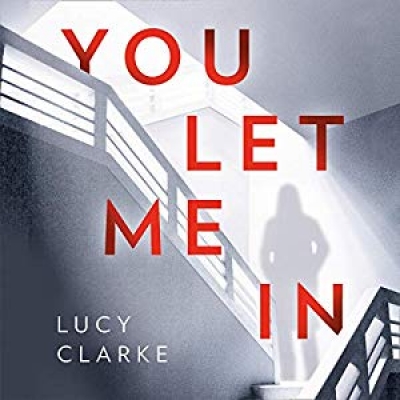 Novelist, traveller and fresh air enthusiast, Lucy Clarke is the author of four novels, including the Richard & Judy Book Club pick, THE SEA SISTERS. Lucy is married to a professional windsurfer and, together with their two young children, they spend their winters travelling and their summers at home on the south coast of England. Lucy writes from a beach hut.

View All Books By Lucy Clarke