'Brilliantly captures the innocence of childhood and the devastating consequences when that innocence is shattered' Claire Fuller 'I was haunted by the voice and landscape of The Choke and have been recommending it all summer' Sarah Moss Justine Lee was born breech, entering the world on her knees. She reads words the wrong way round. But she sees things more clearly than the adults around her think. Raised by her Pop since her parents left, Justine helps feed the chooks and makes dens down by the narrow stretch of the Murray River they call the Choke, dodging the violent games of her half-brothers. When Justine hears her dad's coming home at Christmas, she feels a mixture of excitement and dread. He's a dangerous man, and his presence will close in on Justine's young life, like the riverbanks at the Choke. She must find a way to flow onwards, breaking the cycle of violence and poverty through friendship, resilience and her own strength. Both heart-rending coming-of-age story and poignant tribute to the power of nature, The Choke will delight fans of Where the Crawdads Sing.

Praise for The Choke '[An] outstanding creation ... raw and powerful' The Guardian 'The pace and push of the plot are unflagging, and Laguna expertly places the reader right inside Justine's young mind' TLS 'By turns lyrical and brutal' Irish Times 'Brilliantly captures the innocence of childhood and the devastating consequences when that innocence is shattered' Claire Fuller, author of Our Endless Numbered Days 'I was haunted by the voice and landscape of The Choke and have been recommending it all summer' Sarah Moss, author of Ghost Wall 'Laguna's prose is both raw and beautiful, and will almost certainly break your heart' Heat Best Books of the Month (March) Cosmopolitan 'What a feat of suspenseful and tautly lyrical storytelling this is, a moving story that ends on a note of bittersweet hope' LoveReading 'Laguna's taut prose is both punchy and elegant and her ability to get under the skin of her characters, particularly the children [...] is exceptional' NB 'A harrowing story ... saved by her sweetness, her dreamy perceptions and a feel for the natural world ... exceptional' Saga 'Poetic and moving ... it'll stick with you' Culturefly 'Emotive and raw, dealing unflinchingly with difficult subjects, Justine's story needs to be heard' Bookish Chat 'A devastating, raw, piercing and heart-breaking read' Sissi Reads 'Gloriously raw, heart-felt book that hooked me instantly' Ronnie Turner, author of Lies Between Us 'Laguna builds suspense deftly and without mercy. From the moment The Choke begins, a slingshot's elastic is precisely, steadfastly being pulled back... and the stone Laguna lets fly ricochets inside you for days afterwards' Sydney Morning Herald 'Laguna has beautifully captured the bewilderment of childhood and the emergence of adulthood in her character of Justine. It is so unquestionably heartbreaking ... an extraordinary read' Readings '[Laguna] shows all the mastery of language that garnered her a Miles Franklin Award two years ago for The Eye of the Sheep ... full of richly drawn characters. Beauty and ugliness sit squatly side by side' The Big Issue 'Utterly addictive' The Herald Sun '...a book that is both gritty and utterly exquisite. The Choke is another extraordinary novel from a writer who is never afraid to go deep into the darkest recesses of human depravity and find something beautiful' Compulsive Reader 'In her sagacious way, Laguna manages to show both how an upbringing inescapably defines a person and the ways in which a person can rise phoenix-like from their past to create a life of their own reckoning' The Australian Praise for Sofie Laguna 'An authentic voice, an evocation of childhood and memory that, for all its terrors, evokes the sublime, tragic moment when innocence submits to experience. Laguna creates a world and a character and a language that we become immersed within. That she does it with a subject matter of such destructive cruelty, that she does it with such rigor and power, is a testament to her craft, skill, and maturity' Christos Tsolkias, author of The Slap 'Enriched with creative flair and a unique voice' Waterstone's Books Quaterly 'The language is pitch-perfect - it is the light in this dark tale...An engrossing exploration of the different ways people can find peace, the different ways humans respond to their environments, the small and large abuses that are constantly overlooked or allowed, and where that line lies' The Age 'The power of this finely crafted novel lies in its raw, high-energy, coruscating language which is the world of young Jimmy Flick, who sees everything...The Eye of the Sheep is an extraordinary novel about love and anger, and how sometimes there is little between them' Miles Franklin Literary Award 2015, judges' report 'Truthful and beautiful' Newcastle Herald 'Laguna's great skill is in conveying contradictory human depths' Adelaide Advertiser 'Sofie Laguna has perfected the voice of a child. The Eye of the Sheep is a dark tale told with perfection' Culture Trip 'One Foot Wrong is an extraordinary achievement... orginal and compelling' The Big Issue 'One Foot Wrong will at times take your breath away...the darkest yet most poignant Alice in Wonderland imaginable' Media-Culture '...bold writing, where everything is new again: Hester's adult word seen always through the endearing eyes of a child' The Australian 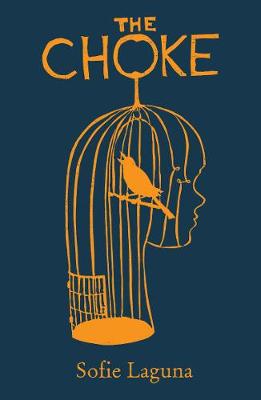 View All Books By Sofie Laguna