Danny Shanklin wakes up slumped across a table in a London hotel room he's never seen before. He's wearing a black balaclava, a red tracksuit and a brand new pair of Nikes. There's a faceless dead man on the floor and Danny's got a high-powered rifle strapped to his hands. He hears sirens and stumbles to the window to see a burning limousine and bodies all over the street. The police are closing in. He's been set up. They're coming for him... With only his tech support friend, the Kid, for backup, Danny sets out on a nail-biting odyssey though the panicked city streets, in a desperate bid to escape, protect the people he loves, and track down the terrorists who set him up - and make them pay. But with 500,000 CCTV cameras, 33,000 cops, 9 intelligence agencies, and dozens of TV news channels all hot on his tail, just how long will THIS one innocent man be able to survive?'

An explosive and adrenaline-charged thriller * The Bookseller * Hunted reads like Simon Kernick and Jeff Abbott have joined forces to write an action-packed, pedal to the metal, tour de force. I loved it! -- Matt Hilton Furiously fast-paced, brutally violent, action- and sex-packed international thriller. * Daily Mirror * 'Hunted gives new meaning to the phrase fast-paced. Filled with clever twists, stylishly written and populated with characters who are as real as our friends and family (and enemies!), this thriller moves at breakneck pace from first page to last. Bravo!' -- Jeffery Deaver Fast and furious from the very start, Hunted is a shot of pure adrenalin. -- Sam Bourne

EMLYN REES spent his early twenties traveling around Asia and mixing cocktails in London for the likes of Sylvester Stallone and Princess Anne. He published his first crime novel aged twenty-five, his second a year later, and then co-wrote seven comedies with Josie Lloyd, including the Sunday Times bestseller Come Together. He is the editor of British and American paperback crime fiction imprint, Exhibit A, and lives on and around Brighton beach with Joanna Rees, aka Josie Lloyd. 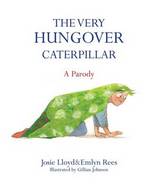 View All Books By Emlyn Rees