In Every Mirror She's Black

LoveReading Expert Review of In Every Mirror She's Black

Incisive, thought-provoking and un-put-down-able, this powerful, prescient page-turner explores race and tokenism through the lives and struggles of three Black women living in Sweden.

Through the finely-nuanced narratives of three Black women from very different backgrounds, Lola Akinmade Åkerström's In Every Mirror She’s Black is a remarkable feat of fiction. Teeming with hope, desire, struggle and love, this powerful page-turner pulls no punches as its engagingly three-dimensional characters strive for better lives in a world that makes it anything but easy for them to be themselves. It also dismantles any notion of there being a monolithic Black culture, and lays bare the unjust multiple standards by which Black women are judged - and all this through dazzling story-telling that will leave readers desperate to read the author’s next novel.

The three female protagonists are linked by one wealthy man - Jonny Lundin, born into one of Sweden’s most privileged families, and CEO of the country’s biggest marketing company. Bored and frustrated by work, and by the men she meets on US dating apps, award-winning marketing executive Kemi is ripe for change when Jonny invites her to become his new Director of Global Diversity and Inclusion. While on a flight to woo Kemi from America to Stockholm, Jonny encounters Brittany, a former model who now works as a first-class flight attendant. Initially dismissive of Jonny’s attention, she finds herself drawn to him - he seems to worship the ground she walks on, and lavishes her with unimaginable devotion and wealth. Then there’s refugee Muna, who lost her mother and younger brother during a treacherous sea crossing, and now works as a cleaner in Jonny’s office, while dreaming of becoming an accountant and having a group of good friends.

True to life, the women variously make mistakes, face excruciating decisions, and long to feel fulfilled. Their finely-drawn stories are equally as engaging as they struggle to feel at home in a city that’s supposedly egalitarian, but turns out to be rife with implicit racism, tokenism, and injurious stereotyping. Riveting, moving and stirring (with punch-packing endings you won’t see coming), In Every Mirror She’s Black is a magnificent must-read.

In Every Mirror She's Black Synopsis

A timely and arresting debut novel about what it means to be a Black woman in the world. Perfect for fans of Queenie and Americanah. Kemi is ready to change her life. She's sick of being second-guessed in the boardroom; tired of smiling politely while men gaze at her body; bored of dating surveys that tell her Black African women are the least desired in America. Moving across the world, for a new job, certainly things will be different? Brittany-Rae is tired of serving others. She's determined not to struggle like her parents did. As a flight attendant, she's seen the way the super-wealthy float, untouchable and easy, and she envies it. As a model in her twenties, she had a taste of that privilege. Now pushing forty, she knows that to have one kind of freedom, she must sacrifice another. Muna began her treacherous journey two years ago. Then, she was a family of three. Now her mother and younger brother are buried somewhere at the bottom of the Mediterranean Sea. She's been granted asylum, but she can't shake the feeling that she will never belong. When your only family is a stack of passport photos, it's hard to grow new roots. In search of escape, these three women find themselves in Stockholm, a city that prides itself on being egalitarian and open. Instead of a fresh new start, they find silent racism, fetishisation and tokenism - and another society that just wants to put them in a box. 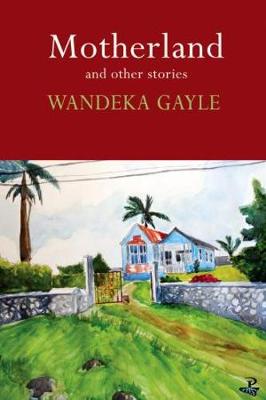 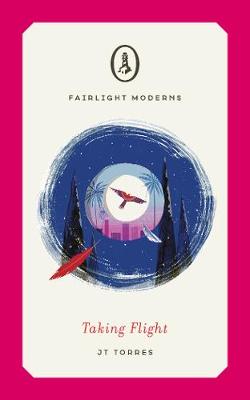 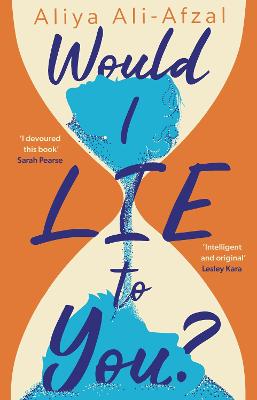 'A sharply written story with messy, deeply moving characters, raising brutal questions and steering clear of easy answers. A book that will stick with you long after you've turned the last page' -- Taylor Jenkins Reid, bestselling author of Daisy Jones and the Six

'These characters will pull at your heartstrings. Lola writes with a contemporary flair, highlighting the layered subtleties of the Black woman's plight' -- Nicole Dennis-Benn, bestselling author of novels Here Comes the Sun and Patsy

'A sexy, surprising, searing debut about love, loss, desire, and the many dimensions of Black womanhood. Timely and terrific!' -- Deesha Philyaw, award-winning author of The Secret Life of Church Ladies

'This is a very different and unpredictable portrayal of Black women's search for love and self, and it's pure magic' -- Kim Golden, author of Maybe Baby

'At once enjoyable and disturbing as it explores the painful price millions of women around the world pay for walking around with black skin' -- Imbolo Mbue, New York Times bestselling author of Behold the Dreamers

'Captivating. Akerstroem describes what it is to be an ambitious black woman in today's world. The story of Kemi, Muna and Brittany-Rae - black women hoping to start anew in a society that does not see them - is a story for these times, and their fate is a stark reminder that the seaweed isn't always greener in somebody else's lake' -- Chika Unigwe, author of On Black Sisters' Street

'A striking debut ... As entertaining as it is revealing, Akerstroem's novel has readers hoping that each of these women is able to break free from toxic expectations and achieve her every dream and ambition. Along the way, Akerstroem also delivers poignant commentary on Swedish culture and the price Black women pay by virtue of the color of their skin. A guaranteed favorite for fans of Chimamanda Ngozi Adichie's Americanah' - Booklist

'Take three Black women in search of a better life. Add love and desire to a mix of family expectations and what it's like to have no family whatsoever. Akinmade Akerstrom's voice is fresh and insightful as she tells a compelling story of what it means to be a Black woman in a globalised world. From a rich, cushioned elite to a determined refugee, she takes us from the US and London to Sweden. This ambitious novel is beautifully realised. Akinmade Akerstrom is definitely a writer to watch!' -- Yaba Badoe, author of A Jigsaw of Fire and Stars and Wolflight

'Lola Akinmade Akerstroem's debut novel is as much a liberating battle cry as it is a searing, multifaceted examination of the hearts and minds of Black women navigating white-dominated spaces ... Rather than shying away from or oversimplifying difficult and complex topics, Akerstroem has effectively packaged themes of racism, immigration, fetishism and otherness into an engrossing story that will enlighten its readers, regardless of their nationality or race' - BookPage 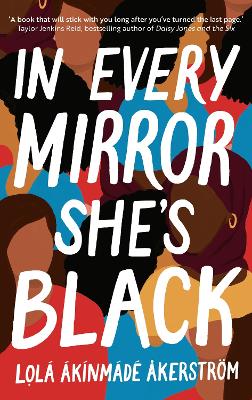