LoveReading Expert Review of Mr Nobody

A man with no memory is found on a Norfolk beach in this intriguing and altogether thrilling tale.

An intriguing and altogether thrilling tale that played games in my mind and twisted my thoughts. A man with no memory is found on a Norfolk beach, neuropsychiatrist Dr Emma Lewis is asked to assess him. Emma, however, has secrets… and Norfolk is the very last place that she wants to be. The prologue focussed my attention and stayed with me throughout. As chapter one and day one started, followed by chapter two and day six, I realised that an unsettled feeling would also be keeping me company. Time slides forwards from each of these two chapters, the jagged sequence leaving my emotions hanging as the following chapter sped away again. Catherine Steadman allowed me to see, feel, and experience, her descriptions vivid in their intensity. As suggestions whispered and cajoled, the story eventually overtook and whipped them into shape. If you like to be kept on your reading toes then Mr Nobody could just be the very book for you.

Memento meets Sharp Objects in this superb thriller from the bestselling author of Something in the Water, a 2019 Richard & Judy Book Club pick

When a man is found on a Norfolk beach, drifting in and out of consciousness, with no identification and unable to speak, interest in him is sparked immediately. From the hospital staff who find themselves inexplicably drawn to him; to international medical experts who are baffled by him; to the nationalpress who call him Mr Nobody; everyone wants answers. Who is this man? And what happened to him?

Neuropsychiatrist Dr Emma Lewis is asked to assess the patient. This is her field of expertise, this is the chance she's been waiting for and this case could make her name known across the world. But therein lies the danger. Emma left this same small town in Norfolk fourteen years ago and has taken great pains to cover all traces of her past since then.

But now something - or someone - is calling her back. And the more time she spends with her patient, the more alarmed she becomes.

Has she walked into danger? 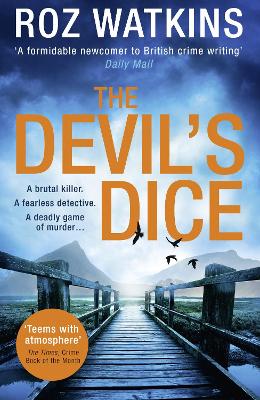 Immensely different to Steadman’s sparkling debut but equally impressive, Mr Nobody skilfully combines a multilayered and unpredictable plot with knife-edge suspense to pull off a wholly satisfying conclusion in a creative psychological thriller.

When a man wakes up on a Norfolk beach with a head wound and no memory of who he is the powers that be are well aware of the potential that he could be a fraud and needs careful handling. Thirty-year-old neuropsychiatrist and workaholic, Emma Lewis, is approached to work with him as media interest grows. Despite Emma’s lack of clinical experience, the indications are that Mr Nobody’s condition is bona fide and it seems like a golden opportunity to prove her theories on fugue states. The flip side is that it also means returning to the town that she ran from fourteen years ago as a traumatised teenager and confronting the unhappy memories she left behind...

Lacking in confidence, vulnerable and protecting her former identity, events are largely relayed through the eyes of compassionate doctor Emma with snippets of her past drip-fed throughout. Alongside this, the mysterious circumstances of Mr Nobody ensure tension bristles throughout a taut first half in which her patient reveals a worrying knowledge of Emma’s undisclosed past. A fraught second half sees events go into overdrive as the twists stack up and getting to the root of Mr Nobody’s past, together with understanding what brought them together, entails Emma revisiting the very place that changed her life. As the story unravels the growing connection and chemistry between doctor and patient makes for utterly compelling reading.

The depth of research is conveyed by a well-informed and assured narrative which takes the stress out of the neuroscience and makes Mr Nobody’s condition accessible. An intelligent psychological thriller with a complicated protagonist whom I identified with, and the enigmatic figure of Mr Nobody. Confirmation that Catherine Steadman can very definitely write and a thoroughly engaging and suspenseful read.

Mr Nobody is a breathtakingly brilliant, unique novel that thrills you from the first page to the last, and should be added to your Reading List immediately!

Mr Nobody is one of those very rare novels, where no matter how many times you think you can figure out what is going to happen, you won’t even be close!
When Dr Emma Lewis, a leading neuropsychiatrist is called on to work with a man who has been found on a Norfolk beach with no memory nicknamed Mr Nobody by the press, she is torn between her career and her family.

A long time ago, Emma lived in Norfolk too, but after a tragedy within her family, she had to move away, and going back means that she will be forced to face the world she fought so hard to forget.

As Emma becomes more involved with the case, and becomes driven to discover who Mr Nobody really is, you will be turning the pages faster and faster to discover what is happening next!

Mr Nobody is a brilliant, edge of your seat read, that is unique and compelling. I can honestly say I could not see what was coming next, and that is a truly rare thing in a novel.

Catherine Steadman has written a brave and emotional novel that deals with mental health, loss and identity, in a measured and thoughtful way, and I could simply not put it down.

A psychological thriller that kept me on the edge of my seat.

Dr Emma Lewis is a neuropsychiatrist specialising in fugue states. When an opportunity arises to study "Mr Nobody" she is invited back to her childhood home in Norfolk to work with him. The problem is that Mr Nobody doesn't know anything about his past but Emma is acutely aware of hers and she's done all she can to escape it. Is this chance of a lifetime really worth taking?

I finished this book last night and I'm still not entirely sure what I think about it. It's a clever idea and I very much like the way that Emma and Matthew both have their own secrets. What I'm not sure I do like is Matthew's eventual diagnosis and how that ties him to Emma. If he really can't remember anything, I don't really see how the story works.

That said, this is a classic psychological thriller and one that will really keep you on your toes. Emma and Matthew's stories, for the most part, really kept my attention and I was fascinated to see how the story would progress. Emma, in particular, has a very clever story arc and I did really enjoy reading about her.

All in all, an interesting and different read and one to really sit and think about.

This novel draws you right in and lulls you into a false sense of security chilling you to the bone. A clever plot with well-drawn characters.

This novel draws you right in and lulls you into a false sense of security. Knowing the North Norfolk area well I was taken by the nostalgia in Catherine's accurate description of the area. Her clever depiction of the characters and the parallel stories are very clever. You build empathy with the characters and their flaws.
The novel picks up pace towards the end and it twists and turns and leaves your brain ticking to piece it together. A great read whatever the season.

'Original, ingenious and utterly gripping, with characters you'll really care about as they race towards the brilliantly unexpected ending' JP Delaney

'From the intriguing opening to the shocking ending, I loved it . . . Fans of The Silent Patient will love it' CJ Tudor 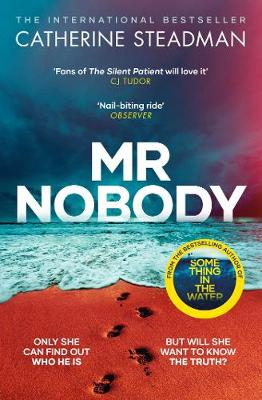 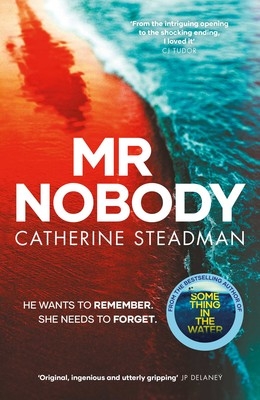 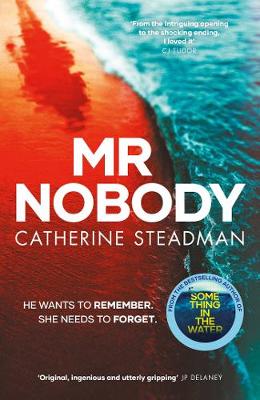 Catherine Steadman is an actress and writer based in North London. She is known for her roles in Downton Abbey and Tutankhamun, starring alongside Sam Neill, as well as shows including Breathless, The Inbetweeners, The Tudors, and Fresh Meat. In 2017 Catherine will feature in political thriller Fearless and new BBC comedy Bucket. She also has appeared on stage in the West End including Oppenheimer for the RSC, for which she was nominated for a 2016 Laurence Olivier Award.

View All Books By Catherine Steadman