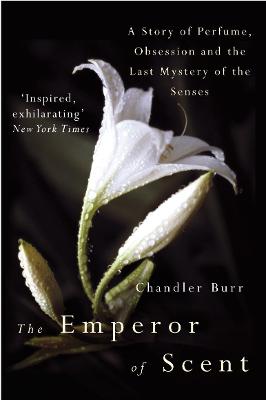 The Emperor Of Scent

The Emperor Of Scent Synopsis

In the tradition of Susan Orlean's The Orchid Thief and James Gleick's Genius, The Emperor of Scent tells the story of Luca Turin, an utterly unusual, stubborn scientist, his otherworldly gift for perfume, his brilliant, quixotic theory of how we smell, and his struggle to set before the world the secret of the most enigmatic of our senses.

Chandler Burr is the author of A Separate Creation: The Search for the Biological Origins of Sexual Orientation. He has contributed to the Atlantic, was a Contributing Editor at US News & World Report, and has written for the New York Times Magazine, the Washington Post, the Los Angeles Times, and other publications. He lives in New York.

More About Chandler Burr
Add To Wishlist
Buy from our bookstore and 25% of the cover price will be given to a school of your choice to buy more books.