The 3rd in the award-winning, charming and wonderful Flavia de Luce detective series. Once again Flavia is tracking down the ne’er-do-wells of Bishop's Lacey after a gypsy fortune teller reveals a dark secret about her dead mother.

A Red Herring Without Mustard Synopsis

'You frighten me,' the Gypsy said. 'Never have I seen my crystal ball so filled with darkness.' So begins eleven-year-old Flavia de Luce's third adventure through the charming but deceptively dark byways of the village of Bishop's Lacey. What the fortune teller in fact claimed to see was a vision of Flavia's mother, Harriet, who died on a mountainside in Tibet when Flavia was less than a year old. 'She's trying to come home,' the old woman intones. 'And she needs your help.' For Flavia, the old gypsy's words open up old wounds and new possibilities - not all of them nice. Is she a faker, or is there some truth to her powers, and the message she brings back from the other side? And when the village is rocked by another ghastly murder, how will a growing fascination with gypsy lore help Flavia to solve it?

More About Alan Bradley
Add To Wishlist
Buy from our bookstore and 25% of the cover price will be given to a school of your choice to buy more books. 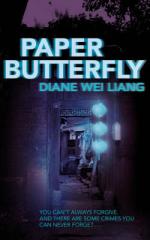 From Doon with Death A Wexford Case - 50th Anniversary Edition