LoveReading View on In The Kitchen

A follow up to Brick Lane this story revolves around Gabriel Lightfoot, head chef at a London hotel. On discovering a murdered body at the hotel we follow how this affects Gabriel from his thoughts about his staff to his memories of his childhood and family. A sensitive novel with some great characterisations.

In The Kitchen Synopsis

At the once-splendid Imperial Hotel, chef Gabriel Lightfoot is trying to run a tight kitchen. But his integrity and his sanity are under constant challenge from an exuberantly multinational staff, a gimlet-eyed hotel management, and business partners with whom he is planning a new venture. Despite the pressure, his hard work looks set to pay off. Until the discovery of a porter's dead body in the kitchen appears to tip the scales. It is a small death, a lonely death - but it is enough to disturb the tenuous balance of Gabe's life. In The Kitchen is Monica Ali's stunning follow up to Brick Lane. It is both the portrait of a man pushed to the edge, and a wry and telling look into the melting pot which is our contemporary existance. It confirms Monica Ali not only as a great modern storyteller but also an acute observer of the dramas of modern life.

In The Kitchen Press Reviews

'In The Kitchen shows Ali returning to the tensions, problems and promises of multicultural Britain...The portrayal of the battle-stations camaraderie and the banter of a top-flight kitchen is the great strength of this novel and the source of much of its humour and interest' Literary Review

'Ali lulls us into thinking this will be a conventional enough murder mystery. But to the familiar tale of life in the big city spinning out of control, she brings what Orwell called the power of facing unpleasant facts dissecting the body politic with acuity and humour - and confronting unpalatable truths about our selfishness and complicity' Times Literary Supplement

'In the Kitchen works best as a novel about work. Ali has done her homework on restaurant kitchens and weaving, and uses both as sustained metaphors for contrasting visions of society: the cohesive social fabric nostalgically remembered by Gabe's father and his peers, and the melting pot of Gabe's kitchen in the contemporary world of deregulated labour.' Guardian

'The kitchen of the title is the Imperial Hotel in central London, and Ali's dazzling accounts of its manic goings-on make the chef Anthony Bourdain's gory memoir, Kitchen Confidential, seem as genteel as Fanny Cradock.' Sunday Times 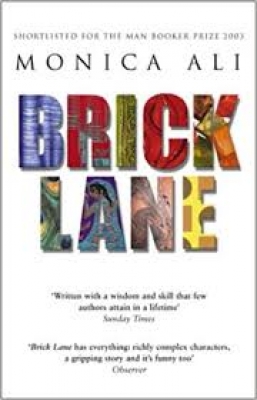