LoveReading View on The Believers

A dysfunctional famlily saga that begins in London in 1962 and then moves to Manhattan 40 years later. Heller has created some very memorable characters and skillfully handles them, as a revelation causes the Litvinoff family to reconsider their lives.

When Audrey makes a devastating discovery about her husband, New York radical lawyer Joel Litvinoff, she is forced to re-examine everything she thought she knew about their forty-year marriage. Joel's children will have to deal with this unsettling secret themselves, but meanwhile, they are trying to cope with their own dilemmas. Rosa, beautiful, disillusioned revolutionary, is grappling with a new-found attachment to Orthodox Judaism. Unhappily married Karla is falling in love with an unlikely suitor at the hospital where she works. Adopted brother Lenny is back on drugs again.

In the course of battling their own demons and each other, every member of the family is called upon to decide what - if anything - they still believe in. 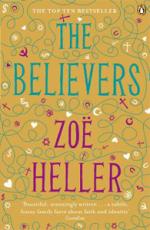 Zoë Heller was born in London. She was educated at Oxford University and Columbia University in New York. Her first novel, Everything You Know, was published by Viking (Penguin) in 1999, her second, Notes of a Scandal, (also published by Viking) was recently made into a feature film starring Cate Blanchett and Judi Dench. Her latest novel is The Believers (2008). Zoë Heller writes a column for the Daily Telegraph and was Columnist of the Year for 2002. She lives in New York.

View All Books By Zoe Heller