Shortlisted for the Orange Prize for Fiction 2009

A stunning, captivating novel spanning generations and the globe. From the bombing of Nagasaki through to the attacks of 9/11 we follow Hiroko Tanaka’s life, the people she meets, the places she goes the challenges she takes on. A lovely, lyrical, tender novel.

Burnt Shadows traces the devastating legacy of the 20th century from Nagasaki to Guantanamo Bay through the experiences of two families – one from the West, one from the East.

In a prison cell in the US, a man stands trembling, naked, fearfully waiting to be shipped to Guantánamo Bay. How did it come to this, he wonders?

August 9th, 1945, Nagasaki. Hiroko Tanaka steps out onto her veranda, taking in the view of the terraced slopes leading up to the sky. Wrapped in a kimono with three black cranes swooping across the back, she is twenty-one, in love with the man she is to marry, Konrad Weiss. In a split second, the world turns white. In the next, it explodes with the sound of fire and the horror of realisation. In the numbing aftermath of a bomb that obliterates everything she has known, all that remains are the bird-shaped burns on her back, an indelible reminder of the world she has lost.

In search of new beginnings, she travels to Delhi two years later. There she walks into the lives of Konrad’s half-sister, Elizabeth, her husband James Burton, and their employee Sajjad Ashraf, from whom she starts to learn Urdu. As the years unravel, new homes replace those left behind and old wars are seamlessly usurped by new conflicts. But the shadows of history – personal, political – are cast over the entwined worlds of the Burtons, Ashrafs and the Tanakas as they are transported from Pakistan to New York, and in the novel’s astonishing climax, to Afghanistan in the immediate wake of 9/11. The ties that have bound them together over decades and generations are tested to the extreme, with unforeseeable consequences.

Sweeping in its scope and mesmerising in its evocation of time and place, Burnt Shadows is an epic narrative of disasters evaded and confronted, loyalties offered and repaid, and loves rewarded and betrayed.

'Kamila Shamsie is a writer of immense ambition and strength. She understands a great deal about the ways in which the world’s many tragedies and histories shape one another, and about how human beings can try to avoid being crushed by their fate and can discover their humanity, even in the fiercest combat zones of the age. Burnt Shadows is an absorbing novel that commands, in the reader, a powerful emotional and intellectual response.' - Salman Rushdie

‘Marvellous... It's a huge leap forward for her, I think; its breadth and depth are wonderful. It's beautifully paced, and delicately written; the past evoked with such lyricism and pain, the unbearable present so unbearably unbearable and yet it has such tenderness.’- Barbara Trapido

‘Burnt Shadows is a beautiful, beautiful book. I was entirely swept up in the story, and I feel, now that I’ve (so reluctantly) put it down, that I have travelled the world and spent the past six decades with Hiroko and her family. The book speaks boldly and powerfully of our age; I know it will stay with me for a long time to come.’ - Tahmima Anam, author of The Golden Age

‘Burnt Shadows is audacious in its ambition, epic in its scope. A startling expansion of the author’s intentions, imagination and craftsmanship. One can only admire the huge advances she has made, and helped us to make, in understanding the new global tensions.’ - Anita Desai 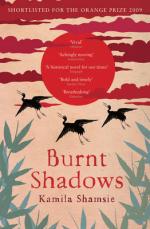 Kamila Shamsie was born in 1973 in Pakistan. She is the author of four previous novels: In the City by the Sea, Kartography (both shortlisted for the John Llewellyn Rhys / Mail on Sunday Prize), Salt and Saffron and Broken Verses. In 1999 she received the Prime Minister's Award for Literature and in 2004 the Patras Bokhari Award - both award by the Pakistan Academy of Letters. Kamila Shamsie lives in London and Karachi. Kamila Shamsie is available for interview and is also an experienced journalist, broadcaster, speaker and chairperson at public events. 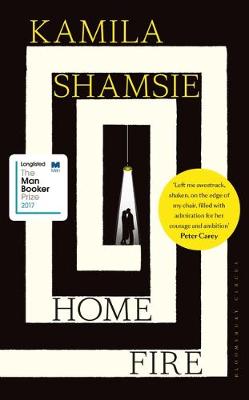 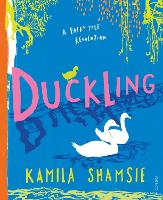 View All Books By Kamila Shamsie