LoveReading Expert Review of The Girl in the Mirror

A lively, action-packed, and twisty thriller that delivers entertainment in bucket loads as twin Iris finds herself in deep water.

A hugely entertaining and thrilling debut that feels as though a blockbuster film is playing out in front of you. Twin sisters Iris and Summer may look identical, but their personalities are a world apart. When Summer asks Iris for help sailing their yacht across the Indian Ocean, Iris has the opportunity to create the life she has always envied her sister. Oh my, where to start! Well, this would make the perfect summer read, as you gallop through, just remember to savour the journey. Rose Carlyle has created a thriller that sits right on the edge of unbelievable. She takes you into secrets and lies, and throws in a humdinger of a plot. As Iris revealed her story, as the tension increased, I found my feelings hesitating, then changing. Iris has the most distinct voice, she is brutally honest, and allows access to the thoughts most wouldn’t allow to surface. As such, she isn’t always likeable, but boy is she captivating. The setting is vibrant, the family drama is dramatic, in other words The Girl in the Mirror is a vivid and entirely stimulating read.

The Girl in the Mirror Synopsis

She already has your looks. Now she wants your life...

Beautiful twin sisters Iris and Summer are startlingly alike, but beneath the surface lies a darkness that sets them apart. Cynical and insecure, Iris has long been envious of open-hearted Summer's seemingly never-ending good fortune, including her perfect husband Adam.

Called to Thailand to help sail the beloved family yacht to the Seychelles, Iris nurtures her own secret hopes for what might happen on the journey. But when she unexpectedly finds herself alone in the middle of the Indian Ocean, everything changes. Now is her chance to take what she's always wanted - the idyllic life she's coveted from afar. But just how far will she go to get the life she's dreamed about? And how far will she go to ensure no one discovers the truth?

Filled with chilling suspense, The Girl in the Mirror is an addictive thriller about greed, lust, secrets and deadly lies.

What To Read After The Girl in the Mirror 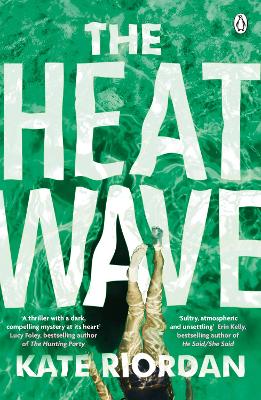 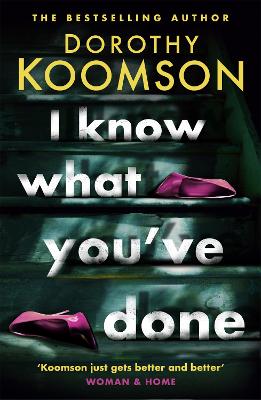 The Girl in the Mirror Reader Reviews

A great debut novel, well written with lots of twists and turns.

Summer and Iris are born identical twins, with only each other able to tell the difference. There is a sight mirror image, a cheekbone slightly higher, a cheek slightly fuller. But internally they are very different. Because they split so late in the womb Iris’ heart is on the right side of her body not the left.
Growing up they were comfortable but their father left for another woman when they were younger and started another family. When he died, Iris overheard a conversation about her father's will. All his money was to go to the first of his grandchildren born in wedlock. All 100million of it.
Iris decides she is going to be the one to get married and pregnant first. Summer is laid back and wants to marry for love and has no interest in the money. But there are three half sisters that are also in the race.
This is a story about a journey across the ocean in a yacht, twin ties, confusion, love and betrayal.
I didn’t understand any of the sailing terms, of which there are many, but I thoroughly enjoyed the book. I became involved with the characters even if I didn’t agree with some of their choices or emotions.
For a debut novel this is great. There were bits I worked out quite early in and so weren’t really a surprise and then other parts that had me freaking out that I didn’t see it coming.
A great book.

Wow! What an interesting and gripping book - such a thrilling story about the relationship between twins and just how far that relationship can be tested before it breaks!

This book had me hooked from the beginning. I know that can sounds cliched but the way the author pulled you in straight away with her take on how identical twins see themselves was gripping. This book plays on the emotional ties formed between identical twins and how they perceive themselves in comparison to each other. Hard to believe that one identical twin could feel so inferior to the other but this has shaped Iris's whole life. Throw in the prospect of a rush to get pregnant in order to get financial security for the rest of your life and this makes for a very competitive sibling relationship and a thrilling read. There are lots of didn't see that coming moments and I wanted to keep reading to find out what happened next - In my eyes that's the makings of a great book!

“The Girl in the Mirror” is the perfect beach read to keep you entertained. Readers will enjoy the escapism of this story, taking you on a journey across the waves to a tropical paradise.

Summer and Iris are identical but mirror twins (Summer’s organs are all in the correct place but Iris’ are on the opposite and wrong side) and they have completely different personalities. When Summer asks Iris to help her husband sail their luxury yacht away from Thailand at short notice, Iris jumps at the chance to sail with handsome Adam. Could this be the chance for Iris to live the life she’s always wanted - the idyllic lifestyle she has secretly coveted from afar? Is the grass greener on the other side for Iris? Who can Iris trust in her extended family - there’s plenty more twisty questions than these to answer.

If you’re lucky enough to enjoy a summer holiday abroad this year, “The Girl in the Mirror” is the perfect beach read to keep you entertained. Readers will enjoy the escapism of this story, taking you on a journey across the waves to a tropical paradise. Twins have always fascinated me and this was a good example of how jealousy, greed can affect siblings who are so intensely close genetically, even if incredibly far fetched in this example.

“The Girl in the Mirror” is the debut novel from Rose Carlyle who was awarded first class honours in her creative writing Masters at the University of Auckland. She is a keen adventurer and is an experienced yachtsman, having sailed from Thailand to South Africa via the Seychelles. Her knowledge and love of travelling and sailing has produced a book on a subject that is exceedingly detailed in yachting terminology and what it is like to sail alone in a huge ocean.

Ferociously entertaining. A novel like a triathlon: part evil-twin thriller, part howdunit (or did-she-do-it?), part juicy family drama. Drop Knives Out and Double Indemnity into the blender, shake some Dead Calm over the froth, power it on, and you've got a cocktail like The Girl in the Mirror - fresh, flavorful, and utterly intoxicating. - A. J. Finn, author of The Woman in the Window

It's impossible to do justice to the twists and turns ... riveting - New York Times

A page-turner that's delightfully over-the-top, shocking, and full of twists, THE GIRL IN THE MIRROR takes sibling rivalry to the next level. A jaw-dropping debut. - Stephanie Wrobel, author of The Recovery of Rose Gold

Immensely entertaining, hugely original, highly recommended. Rose Carlyle takes the reader on a wild ride, across an ocean and into the depths of a family riven by greed, jealousy and subterfuge . . . Like sorbet for the jaded palates of hardcore thriller fans. - Chris Hammer, author of Scrublands and Silver

[An] assured debut... The intricate plot builds to a strong finale. Psychological thriller fans are in for a treat. - Publishers Weekly

Riveting from the first page to the last with a final mind-blowing twist that you'll never see coming! - Liv Constantine, bestselling author of The Last Mrs Parrish

Rose Carlyle's debut psychological suspense The Girl in the Mirror left me gobsmacked. With its exotic setting, incredibly drawn characters, masterfully intricate plot, and an ending I absolutely did not see coming, Carlyle doesn't just knock the ball out of the park-she sends it flying into the next universe. The Girl in the Mirror is a triumph, one of the best books I've read all year. - Karen Dionne, author of Home 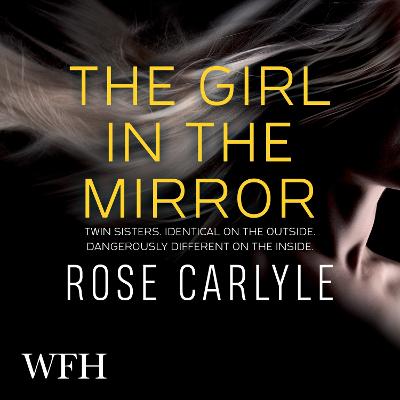 Rose Carlyle is a lawyer and keen adventurer. She has crewed on scientific yachting expeditions to subantarctic islands and lived aboard her own yacht in the Indian Ocean for a year, sailing it from Thailand to South Africa via the Seychelles. Rose was awarded first class honours in her creative writing Masters at the University of Auckland and was a Michael King Writer in Residence in 2020. She lives in Auckland with her three children. The Girl in the Mirror is her first novel.

View All Books By Rose Carlyle