The Bread the Devil Knead 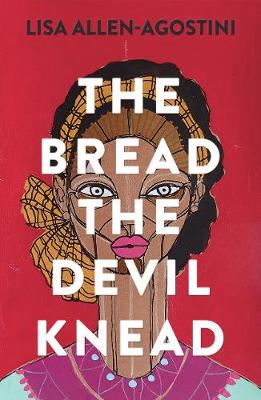 LoveReading Expert Review of The Bread the Devil Knead

An extraordinary Trinidad-set story of abuse and the seeds of survival voiced by an unforgettable woman whose experiences and endurance sear the soul.

Written in its unforgettable protagonist’s captivating Trinidadian voice, Lisa-Allen Agostini’s The Bread the Devil Knead is an exceptionally immersive read that resonates with the heart-wrenching rawness of a women’s lifelong abuse at the hands of men, and the seeds of her future liberation. Every perfectly-placed word, every perfectly-formed sentence rings with truth and strikes deep.

Port of Spain boutique manager Alethea is about to turn forty. Thankfully, though, there’s one thing she can count on, “and that is my looks. I going on forty but you would never know it, because every morning and night God spare life I does cleanse and tone and moisturise from head to foot.” But while she has her looks and is philosophical about reaching this life landmark (“is just a number and the face you does see staring back at you in the mirror not as important as the memories in the mind behind it”), the trouble with Alethea is that “most of the memories was bad”, while her present-day life sees her frequently abused by her partner. She finds some solace in the arms of her boss, though, and in books: “This is how I does see the world: by reading books. I does go to London, Hong Kong, Siberia, even, when I read a book. I does meet all kind of people. Learn all kinds of words. Live all kinds of lives. Thank God for books.” Then, when her adopted brother, now a priest, returns after decades away, she begins to take a new path as secrets are laid bare and ways through a dark and tangled forest come to light.

Through Alethea’s complex, damaged character Agostini lays bare complex, potent truths about sexual and violent abuse, racism and colourism. Mixed race and light of skin, she’s subjected to prejudice: “because my skin light colour they feel like I feel I better than them. That is bullshit”, and “People in this island does always surprise to know it have poor white people, but though we skin was light and we hair was straight we wasn’t really white and we didn’t have a penny to we name.” And she also sees that “even after Independence, after Black Power, after all that. Is still a kind of racial, colour-conscious place where people who look like me does get through” while darker skinned people “doesn’t get one shit.”

Raw and achingly beautiful, this really is remarkable.

The Bread the Devil Knead Synopsis

Alethea Lopez is about to turn 40. Fashionable, feisty and fiercely independent, she manages a boutique in Port of Spain, but behind closed doors she’s covering up bruises from her abusive partner and seeking solace in an affair with her boss. When she witnesses a woman murdered by a jealous lover, the reality of her own future comes a little too close to home.

Bringing us her truth in an arresting, unsparing Trinidadian voice, Alethea unravels memories repressed since childhood and begins to understand the person she has become. Her next step is to decide the woman she wants to be.

What To Read After The Bread the Devil Knead 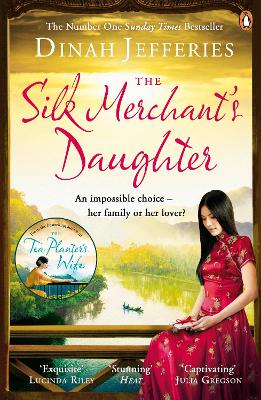 ‘Extraordinary and emotionally immersive... The powerful themes that emerge are both unpredictable and unforgettable, dealing with the masquerade of everyday love as well as hidden secrets that are the legacy of family.’—Margaret Busby

Lisa Allen-Agostini is a writer, editor and stand-up comedian from Trinidad and Tobago. The Bread the Devil Knead is her first adult novel. She has written four Young Adult novels, including Home Home, winner of a CODE Burt Award for Caribbean Young Adult Literature. She writes and performs stand-up comedy as 'Just Lisa' with her company FemCom TT.

View All Books By Lisa Allen-Agostini