A somewhat sneaky, compelling, and wonderfully unexpected story that delves into the dark web and an assassin’s hit list.

Oooh, this is one heck of a feisty, dramatic, and addictive tale! On the anniversary of her husband’s death, Marianne stumbles across the dark web and an assassin’s hit list with her name on it. This is a seemingly simple premise, however an intricate plot, two time frames, and a sturdy cast of characters ensures a powerful read. I entered the dark web alongside Marianne as a complete novice, and found what awaited was utterly chilling. Holly Seddon has the ability to really bring a character to life, the words transfer from the page into feelings, thoughts, and actions. These are people who sit on the edge of right and wrong, which way will they topple? Some realisations sneaked into my head, while others arrived with a sledge hammer. The stakes are high, the tension increases and waits ready to trip you up until the ending hits. Provocative and stimulating, The Hit List is a wonderfully unexpected story that I can highly recommend.

On the anniversary of her husband's accidental death, Marianne seeks comfort in everything Greg left behind. She wears his shirt and cologne, reads their love letters and emails. Soon she's following his footsteps across the web, but her desperation to cling to any trace of him leads her to the dark web. And a hit list with her name on it.

To try to save herself from Sam, the assassin hired to kill her, Marianne must first unpick the wicked web in which Greg became tangled. Was Greg trying to protect her or did he want her dead? 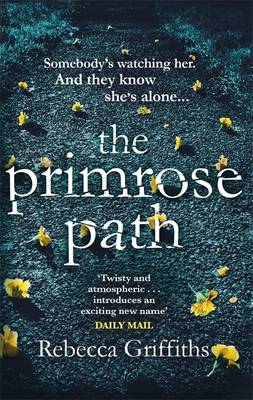 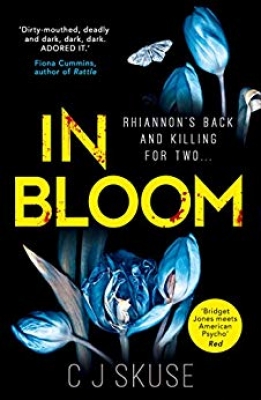 The Hit List is an excellent fast-paced thriller which explores the horror of the dark web through an original and clever, twisting plot. I was gripped from the first page and read in a couple of sittings. - Jenny Quintana

This meticulously plotted novel will suck you ever deeper into its dark underbelly. Sinister, clever and utterly compelling. - Lesley Kara, author of WHO DID YOU TELL?

I was already a Holly Seddon fan, and The Hit List didn't disappoint - stylish, assured and totally addictive. - Isabel Ashdown

Bloody hell, what a story! I was enthralled from start to finish. The Hit List is one of those books I wish I'd had the idea for. The twists were relentless, the pacing superb and I actually wasn't ready for it to end. - John Marrs

I skidded up to the finish line of The Hit List by the lovely Holly Seddon. I loved the intricate, clever plot, the tricky women and the heart-stopping moments. I am now lying down in a darkened room. Wow! Just wow - Fiona Barton

The Hit List is a powerful novel about some of the most terrifying crimes that can be committed and I raced through it at break-neck speed. - Mary Torjussen

Cleverly and intricately plotted, with a huge variety of interesting and believable characters, this fast-paced book will keep you hooked well into the night. - Catherine Cooper, author of THE CHALET

Every page simmers with tension, and it was so fast paced I lost my breath - Michelle Adams, author of LITTLE WISHES

This had me gripped from start to finish. Smart, twisty and totally compelling - Jane Fallon

This novel kept me guessing to the end. A twisty, intelligent thrill ride. Excellent! - Will Dean, author of Black River

Pacy and tense . . . I loved it! - Lisa Hall, author of The Perfect Couple

What would you do if you found your own name on a hit list? Seddon addresses this terrifying question in an explosive novel. One of the most exciting, brave and clever books I have ever read. The Hit List is my book of the year. - Gillian McAllister, author of How to Disappear

A beautifully written book that tackles complex issues on a very personal level. A dark, fast-paced thriller with a hard-hitting emotional impact. - Nikki Smith, author of All In Her Head.