In The Shadow Of The Banyan

In The Shadow Of The Banyan Synopsis

For seven-year-old Raami, the shattering end of childhood begins with the footsteps of her father returning home in the early dawn hours bringing details of the civil war that has overwhelmed the streets of Phnom Penh, Cambodia's capital. Soon the family's world of carefully guarded royal privilege is swept up in the chaos of revolution and forced exodus. Over the next four years, as she endures the deaths of family members, starvation, and brutal forced labour, Raami clings to the only remaining vestige of childhood - the mythical legends and poems told to her by her father. In a climate of systematic violence where memory is sickness and justification for execution, Raami fights for her improbable survival. Displaying the author's extraordinary gift for language, In the Shadow of the Banyanis testament to the transcendent power of narrative and a brilliantly wrought tale of human resilience. 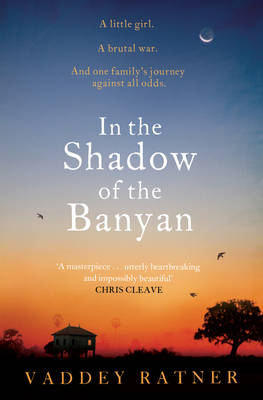 View All Books By Vaddey Ratner