Double Carnegie winning Patrick Ness proves yet again how effortlessly he can weave a tale that juggles apocalyptic themes and astonishing action with the truly personal sphere of beliefs and actions while dealing with issues as powerful as racism, homophobia and the morality of war and underlaying it all with deeply tender stories of love. Sarah Dewhurst, finds herself at the centre of an age-old prophecy about humans and dragons, as revealed to her by Kazimir the sardonic Russian Blue dragon hired by her father in a last-ditch attempt to save their farm from bankruptcy. She also learns that an assassin is heading her way, sent by Believers who want the world emptied of human obstacles to the dragons’ dominance. Malcolm, the putative assassin, was raised from childhood in the cult and his evangelical determination to carry out his mission is matched only by his internal regrets for the life that he might have had. The plot twists and turns and grips the reader in a vice and the multiple perspectives, including the FBI agents on Malcolm’s trail, create an intense and captivating reading experience. Every character is given nuance and depth, even the extremely unpleasant Deputy Kelby has a recognisable psychology. There are no long pages of exposition, the writing is as spare and beautifully crafted as we have come to expect and yet the world building is entirely credible as well as fascinating. While the book stands satisfactorily concluded there is a tempting suggestion of more to come and I am sure all readers would anticipate this as avidly as I do. Highly recommended.

An all-consuming story of revenge, redemption and dragons from the twice Carnegie Medal-winner Patrick Ness. On a cold Sunday evening in early 1957, Sarah Dewhurst waited with her father in the parking lot of the Chevron Gas Station for the dragon he'd hired to help on the farm. This dragon, Kazimir, has more to him than meets the eye. Sarah can't help but be curious about him, an animal who supposedly doesn't have a soul but is seemingly intent on keeping her safe from the brutal attentions of Deputy Sheriff Emmett Kelby. Kazimir knows something she doesn't. He has arrived at the farm because of a prophecy. A prophecy that involves a deadly assassin, a cult of dragon worshippers, two FBI agents - and somehow, Sarah Dewhurst herself. From the bestselling author of the Chaos Walking trilogy comes a heart-stopping story of fanaticism, hope, bravery and impossible second chances, set in a world on the very brink of its own destruction. Exhilarating and heart-stopping. Russell T Davies Gloriously original and unpredictable ... Mind-bending in the best possible way. Observer A clever, complex and completely engrossing story. The Times [An] extraordinary story of fate, power and redemption ... He is a remarkable talent. Daily Mail Ness shows that although monsters exist in every world, many wish to overcome them; and even in the smoking ruins of civilisation, there is room for hope. Guardian Revenge, redemption, the Cold War and dragons. Another great tale from the master with the best opening line of any book this year. Simon Mayo You can always rely on Patrick Ness to surprise you, and this beautifully written urban fantasy doesn't disappoint ... an immersive, rewarding read. Independent Never less than gripping ... full of charm, intriguing characters and awesome, cinematic set-pieces. SFX An incredibly touching, powerful and startling read. Female First A provocative Cold War-set tale of dragon worshippers, parenthood, and the apocalypse. Entertainment Weekly Gripping until the end. Irish Times

What To Read After Burn 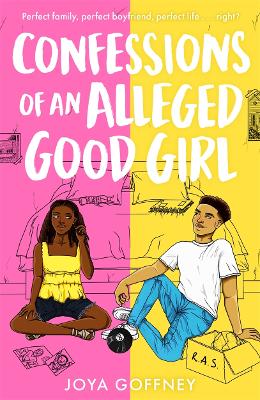 Oh man. I loved it. Absolutely loved it... Technically, it shouldn't work because there is just... so, so much. But it does work. And I think that is Ness's greatest talent as a writer. He can keep countless plates spinning but never lose the quality - the themes, the ideas, and the lovely, special moments of sweet clarity and profundity. It's hard to speak about the themes without giving too much away but Burn talks about American racism, homophobia, international relations and arms races, religion, the possibility of multiverses, creation myths... and yes, see? I told you. It's a busy book! A fabulous busy book. Also: dragons. What more could a reader want?! - The Book Bag

With two Carnegie medals to his name, Patrick Ness is a literary giant in young adult fiction, and his books remain gloriously original and unpredictable... Mind-bending in the best possible way. -- Fiona Noble - The Observer (The New Review)

I'm completely gripped by this story of revenge, redemption and dragons from the double Carnegie Medal-winner. -- Fiona Noble - The Bookseller

Wonderful and mind-blowing and exhilarating and heart-stopping. What a storyteller! I loved it! - Russell T Davies