Part of the Detective Morales Series

A heady, thrilling, and evocative crime novel set within a coastal community in Canada.

There is a decidedly unique and expressive tone to this beautifully written crime novel. Set on the Gaspe Peninsula in Quebec, The Coral Bride is the sequel to fabulous We Were the Salt of the Sea and forms part of the Detective Morales Series. What at first is treated as a missing person enquiry turns bleakly sinister after an abandoned lobster trawler is found adrift. A chilling first chapter set my thoughts whirling and it took me a little while to settle. I most definitely felt as though I was in a different country, sometimes almost, another world entirely. Roxanne Bouchard conveys the mystical loneliness of the ocean with the charm of the small coastal towns, and it blends into a mysterious, perfumed and heady tale. She and translator David Warriner have created the silences, trips, and hesitations that appear in real conversations. These are words that sank into my thoughts and as I read, I felt as though I was caught up the depths of the tale. Snippets of viewpoints from others slip-slapped into my awareness, while occasional moments of smirky lightness added texture. This is an author to remember and a truly worthwhile series that I can recommend introducing yourself to. The Coral Bride transports you to an ocean community, sets thoughts adrift, and creates exquisite tension. A wonderful read, and so it slips straight into my monthly Liz Picks.

When an abandoned lobster trawler is found adrift off the coast of Quebec's Gaspe Peninsula, DS Joaquin Morales begins a straightforward search for the boat's missing captain, Angel Roberts - a rare female in a male-dominated world. But Morales finds himself blocked at every turn - by his police colleagues, by fisheries bureaucrats, and by his grown-up son, who has turned up at his door with a host of his own personal problems.

When Angel's body is finally discovered, it's clear something very sinister is afoot, and Morales and son are pulled into murky, dangerous waters, where old resentments run deep.

Exquisitely written, with Bouchard's trademark lyrical prose, The Coral Bride evokes the power of the sea on the communities who depend on it, the never-ending struggle between the generations, and an extraordinary mystery at the heart of both.

What To Read After The Coral Bride 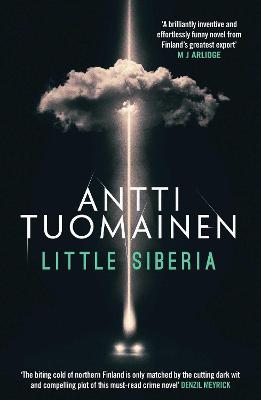 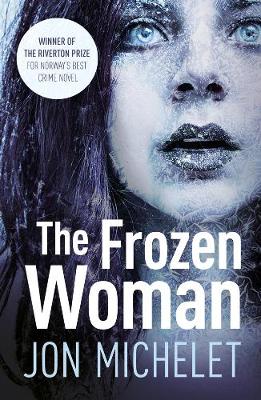 The translation from French has retained a dreamily poetic cast to the language.

Refreshingly different, unpredictable, yet deeply rich and touching, it became a part of me.

Morales' determination to get a result in difficult circumstances shows him to be a character worth following.

I was quite bewitched at times by the language and imagery the author employs. A very satisfying read, and recommended for those who like their crime fiction with a more literary edge.

An elegant crime novel that deserves to be a tremendous success.

A wonderfully atmospheric novel . . . I couldn't put this book down.

Ten years or so ago, Roxanne Bouchard decided it was time she found her sea legs. So she learned to sail, first on the St Lawrence River, before taking to the open waters off the Gaspe Peninsula. The local fishermen soon invited her aboard to reel in their lobster nets, and Roxanne saw for herself that the sunrise over Bonaventure never lies. We Were the Salt of the Sea is her fifth novel, and her first to be translated into English. She lives in Quebec

View All Books By Roxanne Bouchard