LoveReading View on Whose Body?

Amateur sleuth Lord Peter Wimsey makes his first outing in Whose Body? with Sayers creating a character that can grow and develop through future stories. A great murder mystery with wonderful characters and a plot to keep you guessing.

Mistress of dialogue, character, humor and social nuance.  From her, I learned that dialogue is the single most defining trait of character, and just how much you can do with accent, idiom, and dialect.   Also, that a character is embedded in his or her social matrix, and that matrix is as important as the individual's personal characteristics.

It was the body of a tall stout man. On his dead face, a handsome pair of gold pince-nez mocked death with grotesque elegance. The body wore nothing else. Lord Peter Wimsey knew immediately what the corpse was supposed to be. His problem was to find out whose body had found its way into Mr Alfred Thipps' Battersea bathroom.

'I admire her novels ... she has great fertility of invention, ingenuity and a wonderful eye for detail.' - Ruth Rendell

'She combined literary prose with powerful suspense, and it takes a rare talent to achieve that. A truly great storyteller.' Minette Walters

Dorothy L Sayers was born in Oxford in 1893, and was both a classical scholar and a graduate in modern languages. As well as her popular Lord Peter Wimsey series, she wrote several religious plays, but considered her translations of Dante's Divina Commedia to be her best work. She died in 1957. 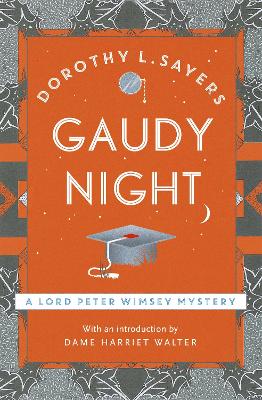