Part of the Roy & Castells Series

Continuing the wonderful Roy and Castells series, this is a clever, provocative, and seriously good read.

Blood Song continues in truly wonderful style what is an enthralling, astute, and absolutely cracking series. In 2016, members from a wealthy family are murdered in Sweden. With Profiler Emily Roy and true crime writer Alexis Castells on the case, the investigation heads into the past. This is the third in the Roy and Castells books, the plotting is fairly intricate, so it isn’t a series you can join half way through. My advice if you haven't met them before is to go back to the beginning and start with the equally fabulous Block 46 followed by Keeper. As with previous books, we have multiple settings and time frames, this time the past focuses on the horrific civil war in Spain. The Author’s Note sits well at the beginning, with information about Franco’s regime, which I felt I needed before I started to read. Johana Gustawsson wields a seriously eloquent pen, she creates an acutely vivid picture while tackling the most difficult of subjects with a beautiful balance. David Warriner the translator ensured the thought of translation didn’t cross my mind while I was reading but I really appreciated the skill afterwards. Blood Song caught and has held onto my thoughts, it is clever, provocative, and a seriously good read.

The action swings from London to Sweden, and then back into the past, to Franco's Spain, as Roy & Castells hunt a monstrous killer ... in the lastest instalment of Johana Gustawsson's award-winning series Spain, 1938: The country is wracked by civil war, and as Valencia falls to Franco's brutal dictatorship, Republican Therese witnesses the murders of her family. Captured and sent to the notorious Las Ventas women's prison, Therese gives birth to a daughter who is forcibly taken from her. Falkenberg, Sweden, 2016: A wealthy family is found savagely murdered in their luxurious home. Discovering that her parents have been slaughtered, Alienor Lindbergh, a new recruit to the UK's Scotland Yard, rushes back to Sweden and finds her hometown rocked by the massacre. Profiler Emily Roy joins forces with Alienor and soon finds herself on the trail of a monstrous and prolific killer. Little does she realise that this killer is about to change the life of her colleague, true-crime writer Alexis Castells. Joining forces once again, Roy and Castells' investigation takes them from the Swedish fertility clinics of the present day back to the terror of Franco's rule, and the horrifying events that took place in Spanish orphanages under its rule.

Terrifying, vivid and recounted at breakneck speed, Blood Song is not only a riveting thriller and an examination of corruption in the fertility industry, but a shocking reminder of the atrocities of Spain's dictatorship, in the latest, stunning installment in the award-winning Roy & Castells series.

What To Read After Blood Song 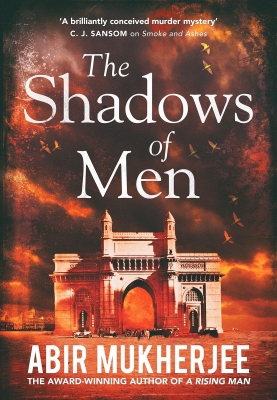 View All Books By Johana Gustawsson