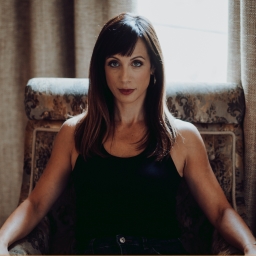 Blood Song continues in truly wonderful style what is an enthralling, astute, and absolutely cracking series. In 2016, members from a wealthy family are murdered in Sweden. With Profiler Emily Roy and true crime writer Alexis Castells on the case, the investigation heads into the past. This is the third in the Roy and Castells books, the plotting is fairly intricate, so it isn’t a series you can join half way through. My advice if you haven't met them before is to go back to the beginning and start with the equally fabulous Block 46 followed by Keeper. As with previous books, we have multiple settings and time frames, this time the past focuses on the horrific civil war in Spain. The Author’s Note sits well at the beginning, with information about Franco’s regime, which I felt I needed before I started to read. Johana Gustawsson wields a seriously eloquent pen, she creates an acutely vivid picture while tackling the most difficult of subjects with a beautiful balance. David Warriner the translator ensured the thought of translation didn’t cross my mind while I was reading but I really appreciated the skill afterwards. Blood Song caught and has held onto my thoughts, it is clever, provocative, and a seriously good read.

April 2018 Book of the Month Oh wow, this is a slicing, chilling, whammy of a read that has left me reeling. In 2015 an actress is abducted, the case has all the hallmarks of a murderer who was locked up in Broadmoor ten years previously, then a body appearing to link to the abduction and murders is found in Sweden. The second in the 'Roy and Castells' series continues with sharp, fast-paced drama. I really do recommend starting at the beginning with the fabulous ‘Block 46’, you need to get to know the characters, as to try to step into the middle of the storyline would be almost impossible. The translation is spot on, at no time did I stop to consider this originated in a different language. Set in two countries, and two storylines, with one story steadily advancing through the years, I found myself on full alert and at times racing to keep up. There are sections that are so horrifyingly descriptive they are almost impossible to read, yet the story is so gripping, it is impossible not to. Johana Gustawsson delivers morsel upon morsel of information, and stomach-churning shivers raced down my body. An inkling of what is happening zipped into my thoughts, however I couldn’t have even begun to imagine the final outcome. ‘Keeper’ isn’t an easy read, it isn’t meant to be, it is thought-provoking, challenging, and an absolute knock-out…I’m still in shock - highly recommended.

One of Our Books of the Year 2017 | Maxim Jakubowski's May 2017 Book of the Month. May 2017 Debut of the Month. A truly stunning debut both powerful and disturbing by a UK-based French author, set in London, the West Coast of Sweden and, worryingly, during WW2 in the Buchenwald concentration camp. The use of such a harrowing location and era might in other less-skillful hands smack of exploitation, but here it just anchors an already scary serial killer investigation in reality with a series of heart-jumping twists you never see coming. When similar mutilations appear in the murder of a female Swedish jewellery designer in Falkenberg and the discovery of young children's bodies on Hampstead Heath, Scotland Yard call on the services of seconded Canadian profiler Emily Roy, and true crime author Alexis Castells who knew the initial victim and feels compelled to become involved. The contrasting couple's investigation alongside both police forces slowly uncovers layers of horror and surprises. The first in a series, winner of several awards in its native France, this heralds the English language debut of a major new talent and will have people talking (DISCLAIMER: I am the translator of this book, which I was pleased to bring to the attention of its British publishers). ~ Maxim Jakubowski The Lovereading view... As the start to a new series, this is a truly menacing, striking and powerful read. Profiler Emily Roy, and Alexis Castells a true crime writer, join forces as mutilated bodies are discovered in Sweden and London. The tale begins in 2013, as a body is hidden and thoughts are revealed in chilling focus. Roy and Castells make a fascinating duo, each adding their own distinct style. Short chapters provoke interest, and set feelings whirling, before moving swiftly on. Buchenwald concentration camp squats with loathing intensity in 1944, breaking into the middle of the story, just how do the atrocities committed there link to the investigation? Maxim Jakobowski ensures a seamless translation as Johana Gustawsson releases evil behind a stark and deceptively simple writing style. ‘Block 46’ left me shuddering as it reached a dramatic conclusion, and yet I couldn’t turn away, oh what a clever and very shocking tale this is! ~ Liz Robinson A 'Piece of Passion' from the Publisher... As sometimes happens, Block 46 was recommended to me by a number of authors and reviewers, whose opinion I trust, and I was very excited to meet with Johana’s French publisher at the London Book Fair last year. My eldest son read it in the original French, as did an outside reader, and both come back with stars in their eyes, and a You MUST publish this book message! Maxim Jakubowski was already a fan, and we hired him to translate Block 46. Six months on and I still hadn’t read it. I flew through the first draft of the translation in less than a day, and knew exactly why everyone was raving – exactly why this book has won so many awards in Johana’s native France. This is a stunning piece of crime fiction, with a plot that twists and turns and leaves the reader both breathless and gasping for more. At its heart is a study of the nature of evil that is eye-opening and also terrifying, and the two main protagonists are fresh, never stereotypical, and hugely engaging. I am thrilled and honoured to be publishing such a fabulous series, with its sweeping plot and timelines. In all honesty, it is probably the best Noir to come out of France for a decade, by a young writer with a massive future ahead of her. ~ Karen Sullivan, Orenda Books Click here to read a Q&A with the author.