Two people die of rabies, neither of whom appears to have been in contact with an infected animal. This must be murder – but by whom? And what is the motive? The police find a surgeon who has connections with both victims, and are inclined to charge him with the murders, but detective Aisha Sawyer has other suspicions. Meanwhile, Aisha’s husband is offered a chance to return to work in the music industry, a job he loved until his wife’s jealousy made it too difficult to continue. Poor communication between husband and wife and the stresses which it brings to their marriage means that they don’t see there is a connection between her case and his job offer, the connection being the wealthy widow Chosen who has recently bought a hip-hop recording business from the mother of her late fiancé, Trap, one of the murder victims, Chosen having been the beneficiary of a huge life insurance policy taken out on him. I thought the plot and storytelling were excellent, and was intrigued by the fact that the murderer was made obvious to the reader from early on in the book, leaving us free to follow the complexities of the police operation. And I thought the ending was unusual and interesting and was left wondering what will come along in the sequel. However, and it is a big however, I don’t think this book will be a great success here in the UK. American police methods and ethics are very different from the UK (although people who watch a lot of imported crime dramas might be familiar with them, but as far as I’m concerned watching TV wastes valuable reading time!), American hip-hop culture and lifestyle are almost unknown to the average British reader and most of all, the slang and dialect used in many of the conversations left me floundering around without a clue what was going on. I would love to know what happens in the next book in the series – but I’d want a translation of some sections of the book!

Atlanta doesn’t have room for both an incomparable serial killer and the phenomenal homicide detective, Aisha Sawyer. The showdown is set with the killer’s first feat: murder by viral disease, contaminating a hip hop icon and a med student. The investigation sends Sawyer and her whole-snack partner after a logical mark, a surgeon with motive and the resume to fit the crime. Sawyer, however, defies logic and her sergeant. Her investigative mojo is entrenched in the maternal instinct that makes woman the more advanced gender and Sawyer a more advanced detective. She probes the hip hop side of the double murder where shady outliers present unexpected twists. All the while, the death toll rises. The killer’s only clue is the common immoral trait the victims share; this killer is a vigilante – the victims’ karma returning to settle the books. To preserve the rule of law, Detective Sawyer wields her black girl magic like the Jedi force, not only for Lady Justice, but against her provocative sister, Karma, who ultimately sets her sights upon Sawyer, for what she too must atone.

This was a somewhat unexpected crime novel. Full review

It is a very interesting book. The ending leaves you wanting to find out more. Full review 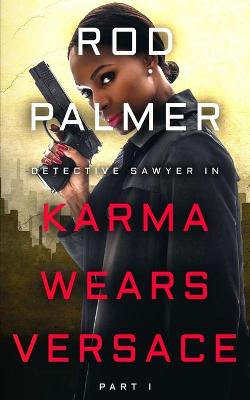 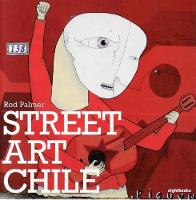 View All Books By Rod Palmer