Oh my word, this is an absolutely cracking psychological thriller. Anna is unable to leave her house, she views the world from her window and connects with it on her laptop, when she witnesses a horrific incident in a neighbouring house, turmoil awaits. The first few pages set me on edge, and I remained on high alert throughout the story, doubting and questioning my own reasoning. Even if you suspect, you can’t be confident, and there are plenty of shocks and surprises lying in wait. Set over a few weeks, the short chapters whipped into my consciousness, yet the story reveals itself gradually. A. J. Flynn allows the tension to build, slowly, torturously, and exquisitely. Anna tells her own story, wounded herself, can she be trusted? When the revelations came, they spilled from the page and slapped my thoughts. So clever and focused, yet utterly mind-bending, ‘The Woman in the Window’ is a heart-hammering read and I highly recommend stepping into Anna’s world.

What did she see? It's been ten long months since Anna Fox last left her home. Ten months during which she has haunted the rooms of her old New York house like a ghost, lost in her memories, too terrified to step outside. Anna's lifeline to the real world is her window, where she sits day after day, watching her neighbours. When the Russells move in, Anna is instantly drawn to them. A picture-perfect family of three, they are an echo of the life that was once hers. But one evening, a frenzied scream rips across the silence, and Anna witnesses something no one was supposed to see. Now she must do everything she can to uncover the truth about what really happened. But even if she does, will anyone believe her? And can she even trust herself?

The Woman in the Window Reader Reviews

Wow! Reading this was like being on a roller coaster without brakes. This will be THE psychological thriller of 2018. Believe the hype – this is absolutely stunning. Full review

Brilliant writing and broken down into very short chapters which builds the suspense and just kept me turning the pages - just one more chapter!!! I Recommend it whole heartedly and can't wait for more from this author. Full review

This debut novel, took me into the early hours of the morning to read, and once finished I let go of the breath I had been holding! Think of your favourite Hitchcock film in book form and you have ‘The Woman in the Window’. Full review

Atmospheric and tense, an enthralling psychological thriller. This morning I am feeling the same effects of sleep deprivation as Anna (though mercifully not the hangover) since I stayed up way past my bedtime last night to finish this gripping story. Full review

The plot is tight, and while you might see some of the twists coming, others catch you by surprise. This is more than a literary re-make of Hitchcock's film, the story stands on its own feet, and is a promising debut for Finn, with film rights already sold. Full review

I was so engrossed with this book that I read until I was too tired to continue, woke up in the early hours and continued reading until I had finished it. This has got to be the smash hit of 2018 and I will be recommending it to all my friends. Full review

I picked up this book and thought “this is a lot of book!” After the first page I didn’t feel any less daunted. By page three I was hooked. Half way through and I couldn’t put it down. By the final page I was sorry to close the book - and desperately hoping for a film version. Full review

This book was thrilling!! I was spellbound by the story ....such was the mystery that the author slowly, teasingly unfolded that I found myself several times holding my breath as I turned the pages! Full review

I was gripped by this book from page one. It’s a psychological thriller with so many twists and turns, I found it impossible to put down. I loved it, and can’t recommend it enough. Full review

Ahead of reading this, I was expecting it to be a modern day Hitchcock ‘Rear Window.’ Having read it, my word does it stand on its own as a must read psychological thriller! Full review

So well written and reminiscent of 'Rear Window' I was completely hooked. A really good read and one I'll be passing on to my friends no doubt. Full review

This was a very good story with a very surprising ending that I had not guessed at all. I loved it and if you love a good thriller then this is the one for you! Excellent! Full review

A fascinating read with a deliciously slow reveal and twist at the end. Highly recommended and enjoyable. Full review

`Astounding. Thrilling. Lovely and amazing. I could weave in more superlatives but you get the idea. Finn has created a noir for the new millennium, packed with mesmerizing characters, stunning twists, beautiful writing and a narrator with whom I'd love to split a bottle of pinot. Maybe two bottles-I've got a lot of questions for her.  Gillian Flynn

'Twisted to the power of max. Hitchcockian suspense with a 21st-century spin'  Val McDermid

`A dark, twisty confection with an irresistible film noir premise. Hitchcock would have snapped up the rights in a heartbeat'    Ruth Ware

'The Woman in the Window is one of those rare books that really is unputdownable. The writing is smooth and often remarkable. The way Finn plays off this totally original story against a background of film noir is both delightful and chilling'   Stephen King

`An incredible debut, I absolutely loved it. I read The Woman in the Window in a single day. Full of suspense and surprises and told with heart, The Woman in the Window will send readers racing through its pages. A stunning first outing from A. J. Finn. He is a tremendous new talent'   Jane Harper, bestselling author of The Dry

'Amazing. What an elegant, beautifully written thriller. I loved Dr Fox from the word go, and the twists and turns were just exquisite. It 's so rare to find a story so compelling, yet so gracefully told - the flair and class of Hitchcock on every page. It's quite a cliche, but I was genuinely walking around the house/answering the door/eating my meals with the book in my hand.'   Joanna Cannon, bestselling author of The Trouble with Goats and Sheep 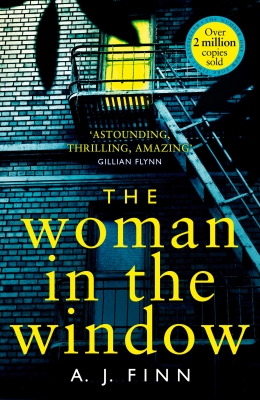 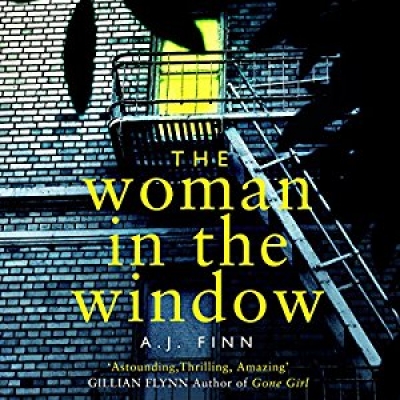 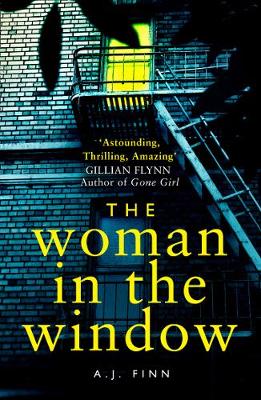