A powerfully lyrical day-in-the-life portrait of a successful singer-songwriter reflecting on the ebbs and flows of her life as she prepares her Greatest Hits release after long absence from the industry. Cass Wheeler has been a massive music star since the seventies, but withdrew from public life following personal tragedy. She’s now back in the studio to select songs for a profoundly personal compilation album. Each song she selects unleashes a swelling wave of memories, and so her life is laid bare, from childhood abandonment, to teen rebellion, and finding love and freedom with her bohemian aunt and uncle. And then comes the highs and lows of her music career, marriage and motherhood. At one point Cass is criticised for “her solipsism, her accursed tendency to look inside herself, rather than outwards to the world”, but it’s this tendency that underpins both the appeal of her songs, and that of the novel itself. The sentences hover and drift, for this is the nature of memory; this is how Cass’s restless mind reflects on the life she’s lived – successes, regrets, mistakes, and all – while she tries to make peace with herself, and to renew her life. The music culture of the seventies and eighties – the thrills, freedom, hedonism, and sexism - is vividly evoked, and the novel resounds with a mesmerising melody that is at once meditative and intense. ~ Joanne Owen

In what is quite possibly a first the author Laura Barnett and folk singer song writer and mercury prize nominee Kathryn Williams have jointly written the lyrics to a new 16-song album.  Each of the novel's chapters begins with the words from a track on the album, 'Songs from the Novel Greatest Hits'. Click here to find out more and to find out how you can buy a copy of 'Songs from the Novel Greatest Hits'.

A message from Laura Barnett:

'With my second novel, I really wanted to do something different by bringing music and fiction together... I was excited about expanding the reading experience beyond the page, and of bringing my character and her musical output to life.'

Cass Wheeler - a British singer-songwriter, hugely successful since the early 70s, whose sudden disappearance from the music has been the subject of intense speculation among her fans - is in the studio that adjoins her home, taking a journey back into her past. Her task is to choose sixteen songs from among the hundreds she has written since her early teens, for a uniquely personal Greatest Hits record, describing the arc of her life through song. It has been over a decade since Cass last put out an album; ten years since a tragedy catapulted her into a breakdown. In the course of this one day - both ordinary and extraordinary - each song Cass plays sets off a chain of memories, leading us deep into her past, and into the creative impulse that has underpinned her work. This is the story of a life - of highs and lows, love and separation, success and failure. Of what it is to live a fulfilled life, and how to make peace with our mistakes. 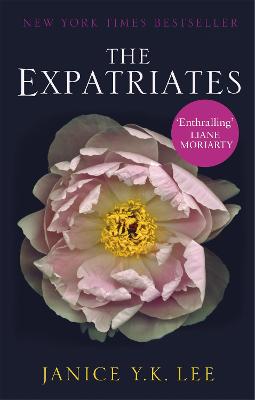 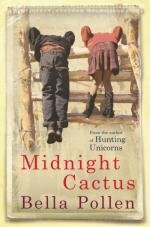 'In June look out for the second novel by Laura Barnett, the author of the bestselling debut The Versions of Us. Greatest Hits is the tale of legendary singer-songwriter Cass Wheeler who chooses 16 songs for her Greatest Hits compilation, the songs telling the story of her tumultuous life.' Daily Express

'Barnett's debut, The Versions of Us, was one of the hits of 2015. Her second novel tells the story of singer-songwriter Cass Wheeler, whose withdrawal from the music industry years ago was the cause of endless speculation. Now she's surfaced again, and over the course of one day she looks back over her life as she compiles her greatest hits album.' Mail on Sunday

'The Versions of Us was a bestseller with rights sold in 25 countries. Her follow-up, Greatest Hits, is about a singer-songwriter who tells her tumultuous life story through her personal greatest hits compilation.' Sunday Express

'Laura Barnett will follow up her bestselling debut, The Versions of Us. Greatest Hits tells the story of a hugely successful singer-songwriter who has disappeared from the music scene and selects 16 songs for her personal greatest hits compilation.' BBC News 2017 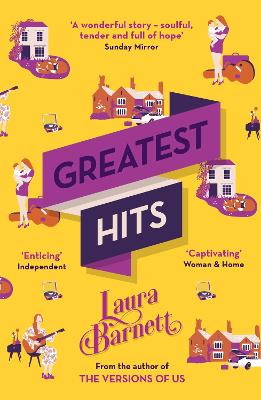 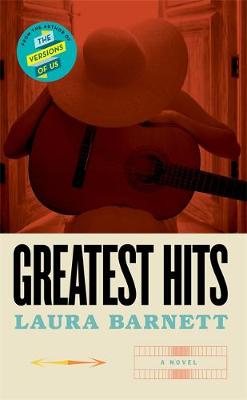 Laura Barnett is a writer, journalist and theatre critic. She has been on staff at the Guardian and the Daily Telegraph, and writes for a number of national newspapers and magazines. Laura was born in 1982 in south London, where she now lives with her husband. She studied Spanish and Italian at Cambridge University, and newspaper journalism at City University, London. Her first non-fiction book, Advice from the Players - a compendium of advice for actors - is published by Nick Hern Books. Laura has previously published short stories, for which she has won several awards. The Versions of Us is ...

View All Books By Laura Barnett