LoveReading View on The Fishermen

Told from the point of view of nine-year-old Benjamin, the youngest of four brothers, The Fishermen is the Cain and Abel-esque story of an unforgettable childhood in 1990s Nigeria. When their father has to travel to a distant city for work, the brothers take advantage of his extended absence to skip school and go fishing. At the forbidden nearby river they encounter a madman, who predicts that one of the brothers will kill another. What happens next is an almost mythic event whose impact - both tragic and redemptive - will transcend the lives and imaginations of both its characters and its readers.

'Awesome in the true sense of the word: crackling with life, freighted with death, vertiginous both in its style and in the elemental power of its story. Few novels deserve to be called 'mythic', but Chigozie Obioma's The Fishermen is certainly one of them. A truly magnificent debut' -- Eleanor Catton, author of 'The Luminaries

'Obioma's remarkable fiction is at once urgently, vividly immediate, yet simultaneously charged with the elemental power of myth' Peter Ho Davies

'Obioma writes with gorgeous restraint reminiscent of the intricate prose in a Tolstoy novella. Every sentence delivers a precise and heartfelt blow. Hardly anyone writing today is delivering this level of intricacy, lyricism and control. Add to that, the urgency and importance of his message. It just doesn't get better than this. Get used to the name: Obioma is here to stay' -- Alexandra Fuller, author of 'Don't Let's Go to the Dogs Tonight' 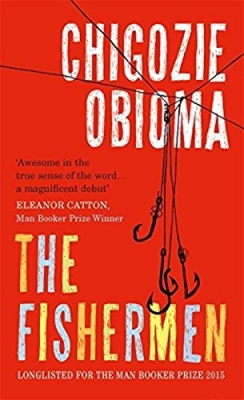 Chigozie Obioma was born in 1986 in Akure, Nigeria. His short stories have appeared in Virginia Quarterly Review and New Madrid. He was a Fall 2012 OMI Fellow at Ledig House, New York. He has lived in Nigeria, Cyprus and Turkey, and currently resides in the United States, where he has completed an MFA in Creative Writing at the University of Michigan. The Fishermen is his first novel.