Another impressive and enthralling investigation by the newest and most original investigating team in town. It’s a bit of a shock to find Blake and Avery back in England after their first case in India; however the underbelly and political manoeuvrings of London snatch your attention from the get go and run off into the back streets with it. On the surface this is an entirely different tale to ‘The Strangler Vine’, however the wonderfully dynamic interaction between Blake and Avery and the absolutely fascinating historical aspect remain vividly bold and true. The author not only drops you into the middle of the teeming London thoroughfares of mid 19th century England, she encourages all of your senses to partake in this challenging murder investigation. At one point in this captivating tale Mr Dickens is seen rushing through the streets, and by the end there’s just one thing to say…please Ma’am, we want some more! ~ Liz Robinson

It's 1841, and three years after we left them at the close of The Strangler Vine, Blake and Avery are reunited in very different circumstances in London. There has been a series of dreadful murders in the slums of the printing district, which the police mysteriously refuse to investigate, and Blake and Avery must find the culprit before he kills again.

What To Read After The Infidel Stain 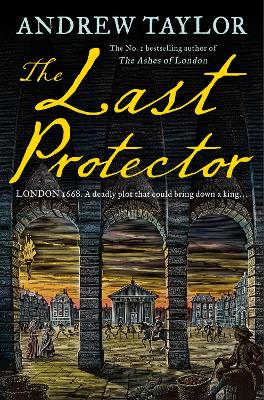 Five years after their first meeting and life-changing adventures in the Indian jungle, unlikely crime-fighting duo Jeremiah Blake and William Avery, the unpredictable maverick and the straight-laced ex-soldier, are reunited in Victorian London with another baffling case to solve. It is 1841, and in a capital city teeming with overlooked humanity, killing is almost easy. When a series of murders of men involved in the printing and circulation of indecent books fails to interest the authorities, Blake and Avery are hired by moralising philanthropist Viscount Allington to investigate. But when the murders are linked to the controversial campaign for universal suffrage, the sleuths realise that their enquiries could reach the highest echelons of Victorian society, and that their activities could put them both in grave danger. Colourful, imaginative and packed with period detail, this latest novel from acclaimed journalist and biographer M J Carter is lively, well researched and thoroughly readable.

'A rattling good yarn ... I do not remember when I enjoyed a novel more than this. Finishing it would have been unbearable had it not been for the reassuring promise at the end that Blake and Avery will return for more adventures' the Financial Times on The Strangler Vine

'M.J. Carter has cooked up a spicy dish: a pinch of Moonstone, a dash of Sherlock and a soupcon of Fu Manchu added to a rich stew of John Masters. A splendid romp and just the job for a cold winter's evening in front of a blazing fire' William Dalrymple on The Strangler Vine