LoveReading View on Maybe a Miracle

Plenty of plot, an unusual scenario and a touch of sardonic humour in an interesting style.  A young girl survives nearly drowning but remains in a coma while strange things occur around (or because of) her.  On a sideline there is rape, murder, infidelity and teenage angst.  Well worth investing in.

'The first thing I think is sheâ€™s just trying to get a rise out of me. Sheâ€™s just floating, not a ripple in the water â€¦ itâ€™s a very convincing performance. So, just to make sure, I pick up a tennis ball and chuck it at her, not too hard, but hard enough. It hits her head and bounces into the bushes. She doesnâ€™t flinch. She just keeps floating, face down, her back to the world, the ripples of her spine in stark contrast to the stillness of the pool.â€™

Maybe a Miracle opens on the night of Monroe Andersonâ€™s senior prom. He is uncomfortably dressed, dying for a smoke, and worried about his sexual prospects for the evening. Then he sees his 11-year-old sister, Annika, lying face-down in the family swimming pool. He breathes life back into her body, but her mind remains in a deep and mysterious coma. From this moment on, Monroeâ€™s life will be different. As family and friends rally round, hoping and praying that Annika will wake up, strange things start to happen around herâ€¦ Whilst Monroe doesnâ€™t believe in miracles â€“ let alone think his little sister can perform them - it seems others are more easily convinced. As stories of Annikaâ€™s healing powers spread, Monroe can only stand by and watch as his mother, her church and the media attempt to elevate his sweet, annoying and wonderfully ordinary sister to virtual sainthoodâ€¦.

â€˜Strauseâ€™s debut is as tender as a slow dance, as sassy as a rap song, and an utter joy.â€™ Jacquelyn Mitchard 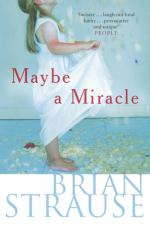 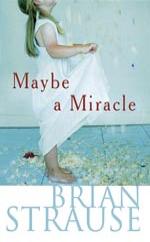 Brian Strause was born in Columbus, Ohio. He graduated from the American Film Institute with an MFA in producing and worked as an associate producer for The 90s for PBS. He has also written TV and film scripts. He lives in Los Angeles.

View All Books By Brian Strause