Everything Beautiful Began After

LoveReading Expert Review of Everything Beautiful Began After

This is a truly exceptional novel. It's a love story set in Athens in which three very different people meet up and their lives will become defined by their actions in that long hot summer. Incredibly atmospheric of both time and place, the prose is exquisitely poetic in its delivery and the characters are brilliantly portrayed. As a reader you will become increasingly captivated and seduced by each one of the protagonists despite their differences. Give yourself some 'me' time and read this book. It will live long in your memory after you'd turned the last page.

Everything Beautiful Began After Synopsis

Rebecca is young, lost, and beautiful. A gifted artist, she seeks solace and inspiration in the Mediterranean heat of Athens as she tries to understand who she is and how she can love without fear. George has come to Athens to learn ancient languages after growing up in New England boarding schools and Ivy League colleges; he spends his days hunched over books or wandering the city in a drunken stupor. Henry is in Athens to dig: an accomplished young archaeologist, he devotedly uncovers the city's past as a way to escape his own, which holds a secret that not even his doting parents can talk about. And then, a series of chance meetings, and Rebecca, George, and Henry are suddenly in flight, their lives brighter and clearer than ever, as they fall headlong into a summer that will forever define them in the decades to come.

What To Read After Everything Beautiful Began After 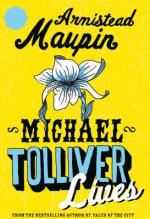 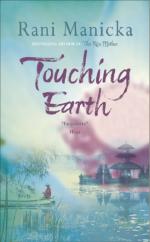 'There is... an integrity to [Van Booy's] vision and a haunting element in his portrait of friendship.'
Daily Mail

'A book that is timeless but not rootless... highly sophisticated and absolutely sincere.'
Irish Times

Simon Van Booy was born in London and grew up in rural Wales and the suburbs of London. He is the author of three novels and two collections of short stories, including The Illusion of Separateness, The Secret Lives of People in Love, and Love Begins in Winter, which won the Frank O'Connor International Short Story Award in 2009. He lives in Brooklyn with his wife and daughter.   Author photo © Ken Browar