Part of the John Shakespeare Series

Martyr is the first in the acclaimed and bestselling John Shakespeare Elizabethan mystery series by Rory Clements, winner of the Ellis Peters Historical Fiction Award.

Book in The Rory Clements Series:

England is close to war. Within days the axe could fall on the neck of Mary Queen of Scots, and Spain is already gathering a battle fleet to avenge her.

Tensions in Elizabeth I's government are at breaking point. At the eye of the storm is John Shakespeare, chief intelligencer in the secret service of Sir Francis Walsingham. When an intercept reveals a plot to assassinate England's 'sea dragon', Francis Drake, Shakespeare is ordered to protect him. With Drake on land fitting out his ships, he is frighteningly vulnerable. If he dies, England will be open to invasion.

In a London rife with rumour, Shakespeare must decide which leads to follow, which to ignore. When a high-born young woman is found mutilated and murdered at an illicit printing house, it is political gunpowder - and he has no option but to investigate.

But why is Shakespeare shadowed at every turn by the brutal Richard Topcliffe, the blood-drenched priest-hunter who claims intimacy with Queen Elizabeth herself? What is Topcliffe's interest in a housemaid, whose baby has been stolen? And where do two fugitive Jesuit priests fit into the puzzle, one happy to die for God, the other to kill for Him?

From the splendour and intrigue of the royal court, to the sleek warships of Her Majesty's Navy and the teeming brothels of Southwark, Shakespeare soon learns that nothing is as it seems ...

'The joy of this book is the way it interweaves commonly known history with the story. The atmosphere and attention to detail will commend this book to devotees of the period'
Crimesquad

'Sharp and challenging, this book is missed at one's peril'
Oxford Times

'The novel wears its historical learning lightly, and Clements seasons it with romance and humour'
The Mail on Sunday

'Clements can be seen as doing for Elizabeth's reign what CJ Sansom does for Henry VIII's ... What's impressive in the latest is how much of Tudor society it crams in, from the court and Derby's estate to outlaws and the soldiers in its concluding scene'
Sunday Times

'There's plenty of thrills ... the multiple plot elements are well-handled ... there's much that's enjoyable and Clements' orchestration of the narrative is skillful' www.displacementactivity.co.uk

'The best yet in Rory Clements magnificent series about John Shakespeare ... As always, the historical detail is fascinating and sometimes delightfully obscure ... another sumptuous feast that will leave you sated - but craving for the next helping!' Crimesquad 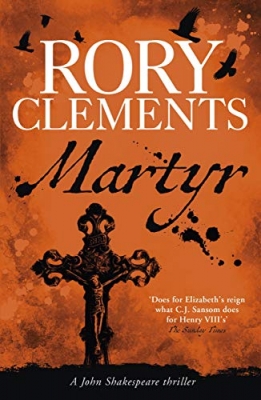 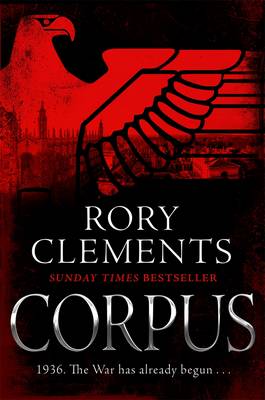