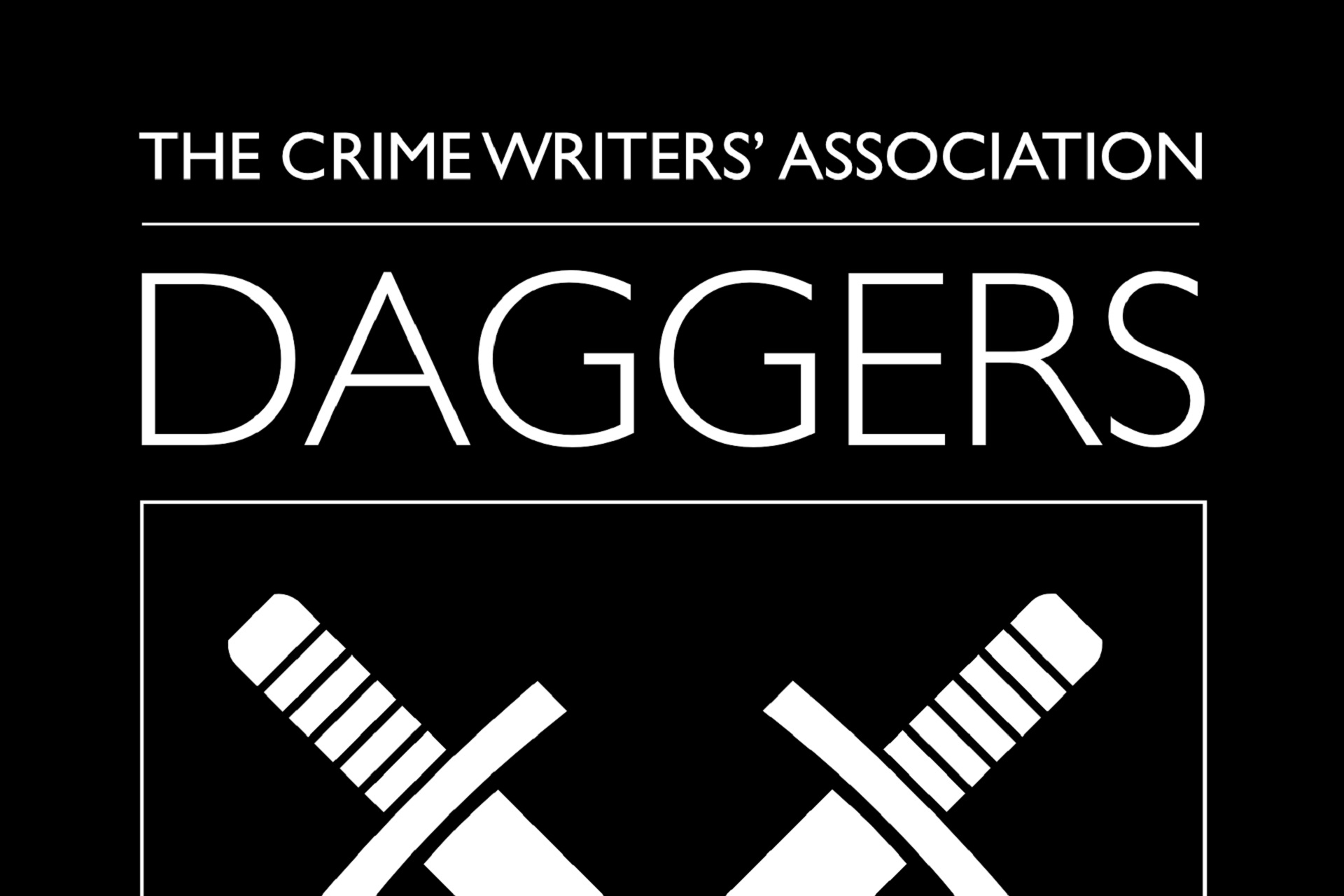 The 2022 longlists for the prestigious Crime Writers’ Association (CWA) Dagger awards, which honour the very best in the crime-writing genre, have been announced.

Created in 1955, the world-famous CWA Daggers are the oldest awards in the genre and have been synonymous with quality crime writing for over half a century.

Past winners of the prestigious Gold Dagger, which is awarded for the crime novel of the year, include Ian Rankin, John le Carré, Reginald Hill and Ruth Rendell.

Bestselling names in contention for Gold this year include Mark Billingham, Paula Hawkins and Imran Mahmood.

The Ian Fleming Steel Dagger, sponsored by Ian Fleming Publications Ltd, the Fleming family-owned company that looks after the James Bond literary brand, showcases the thriller of the year. Past winners including Gillian Flynn and Robert Harris. The longlist for 2022 includes MW Craven, who credited the CWA Debut Dagger competition in 2013 for opening the door to his career as an author. He’s up against stalwarts of the genre including Laura Lippman, Belinda Bauer and Linwood Barclay.

Long-time friend and colleague of LoveReading, Maxim Jakubowski, Chair of the Crime Writers’ Association, said: “The CWA Dagger awards are unparalleled for their reputation and longevity and celebrate the very best of the genre. This year’s longlists showcase authors – established and new – at the top of their game. The sheer diversity of the titles on these longlists illustrates how the genre can entertain and thrill but also provide healthy arguments for much societal debate. In a year when more crime and mystery titles were issued than ever before, our independent judges found making choices difficult, and winnowing these titles down to a forthcoming shortlist will prove fascinating." 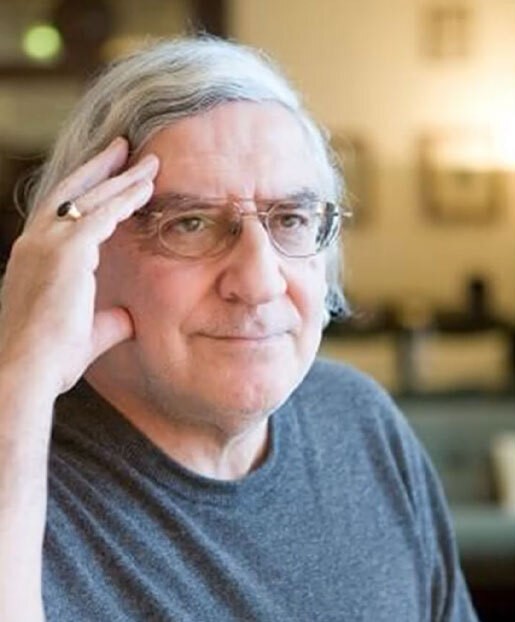 The much-anticipated John Creasey (New Blood) Dagger highlights the best debut novels. Among the rising stars of 2022 is Janice Hallett with her debut The Appeal, which was a Sunday Times Crime Book of the Year, praised as a “dazzlingly clever cosy crime novel”.

Booker Prize winner John Banville is a heavyweight contender on the Historical Dagger longlist. The prizewinning novelist and literary polymath is in the running for April in Spain. Banville is up against established names including Simon Scarrow, Andrew Taylor and Crime Cymru organiser, Alis Hawkins.

The Crime Fiction in Translation Dagger sees the award-winning Finnish author Antti Tuomainen with The Rabbit Factor and the French author Victor Jestin, for his dark coming-of-age-novel Heatwave, among the longlist.

The CWA Daggers are one of the few high-profile awards that honour the short story. This year sees the bestselling Norwegian juggernaut Jo Nesbⱷ on the longlist with his story ‘London’ from his first book of short stories, The Jealousy Man. Novelists Caroline England and Bryony Pearce are other names on the list.

The ALCS Gold Dagger for Non-Fiction features The Jigsaw Murders, the debut book by Jeremy Craddock who worked as journalist and crime reporter for over 20 years, tracing the true story of the shocking 1930s murder case.

The Dagger in the Library is voted on exclusively by librarians, chosen for the author’s body of work and support of libraries. This year sees firm favourites from the genre including Mark Billingham, Susan Hill, Lin Anderson and Cath Staincliffe.

The Best Crime and Mystery Publisher of the Year Dagger, which celebrates publishers and imprints demonstrating excellence and diversity in crime writing, pits big publishing houses including Harper Fiction against independent publishers such as Titan Books and the Amazon imprint, Thomas & Mercer.

The Daggers also celebrate unpublished authors with its annual competition for aspiring crime novelists. The competition to find the best new voices in the genre has been going for over 20 years. The winner will receive £500 as well as the attention of leading agents and top editors; over two dozen past winners and shortlisted Debut Dagger authors have been signed to date.

The CWA Diamond Dagger, awarded to an author whose crime-writing career has been marked by sustained excellence, is announced in early spring each year and in 2022 it was awarded to C.J. Sansom.

The CWA Dagger shortlists will be announced on 13 May at CrimeFest. The awards ceremony will be held at the Leonardo City hotel in London on 29 June, coinciding with National Crime Reading Month, which takes place throughout June.

The Longlists in Full:

John Creasey (New Blood) Dagger
Welcome to Cooper by Tariq Ashkanani
Sixteen Horses by Greg Buchanan
Repentance by Eloísa Díaz
Hunted by Antony Dunford
The Mash House by Alan Gillespie
Raft of Stars by Andrew J. Graff
The Appeal by Janice Hallett
Falling by T. J. Newman
Where Ravens Roost by Karin Nordin
The Stoning by Peter Papathanasiou
How to Kidnap the Rich by Rahul Raina
A Mumbai Murder Mystery by Meeti Shroff-Shah
The Source by Sarah Sultoon
Waking the Tiger by Mark Wightman

Historical Dagger
April in Spain by John Banville
City of Vengeance by D. V. Bishop
Sunset Swing by Ray Celestin
Crow Court by Andy Charman
Not One Of Us by Alis Hawkins
The Drowned City by K. J. Maitland
Where God Does Not Walk by Luke McCallin
Edge of the Grave by Robbie Morrison
A Corruption of Blood by Ambrose Parry
Blackout by Simon Scarrow
The Royal Secret by Andrew Taylor
The Cannonball Tree Mystery by Ovidia Yu

ALCS Gold Dagger for Non-Fiction
The Devil You Know: Stories of Human Cruelty and Compassion by Dr Gwen Adshead & Eileen Horne
The Seven Ages of Death by Dr Richard Shepherd
The Jigsaw Murders by Jeremy Craddock
The Dublin Railway Murder by Thomas Morris
What Lies Buried by Kerry Daynes
The Unusual Suspect by Ben Machell
The Good Girls by Sonia Faleiro
The Disappearance of Lydia Harvey: A true story of sex, crime and the meaning of justice by Julia Laite
We Are Bellingcat by Eliot Higgins
Empire of Pain by Patrick Radden Keefe
The Irish Assassins: Conspiracy, Revenge and the Murders that Stunned an Empire by Julie Kavanagh