The Confessions of Young Nero

The Confessions of Young Nero Synopsis

In the Roman Empire no one is safe from the sting of betrayal: man, woman - or child. As a boy, Nero's royal heritage becomes a threat to his very life, first when the mad emperor Caligula tries to drown him, then when his great aunt attempts to secure her own son's inheritance. Faced with shocking acts of treachery, young Nero is dealt a harsh lesson: it is better to be cruel than dead. While Nero idealizes the artistic and athletic principles of Greece, his very survival rests on his ability to navigate the sea of vipers that is Rome. Most lethal of all is his own mother, Agrippina, whose only goal is to control the empire. But as her machinations earn her son a title he is both tempted and terrified to assume, Nero's determination to escape her thrall will shape him into the man he was fated to become - an Emperor who became legendary. With impeccable research and captivating prose, The Confessions of Young Nero by Margaret George is the story of a boy's ruthless ascension to the throne. From innocent youth to infamous ruler, his is an epic tale of the lengths to which man will go in the ultimate quest for power and survival.

A worthy successor to I, Claudius! Margaret George's compelling psychological portrait of Nero draws the reader deep into the whirlpool that was ancient Rome -- Bob Brier, author of The Murder of Tutankhamen Wow! Margaret George - the reigning queen of historical fiction - is back with this epic saga that vividly re-imagines the life of young Nero in all its operatic, dramatic glory -- Stephanie Dray, New York Times Bestselling Author of Lily of the Nile Another tour de force for Margaret George -- Sharon Kay Penman, New York Times bestselling author of A King's Ransom A page-turning masterpiece, steeping us in the decadent delights of Imperial Rome and tantalizing every sense! -- Juliet Grey, author of Becoming Marie Antoinette Between Tacitus and Margaret George, I rather think it's George's account that is not only most sympathetic but most truthful -- Diana Gabaldon * Washington Post * A real treat for Roman history fans * Sunday Express * This is a gripping read. And as usual, the research about ancient Rome and Nero is impeccable -- Barbara Taylor Bradford George's take on Nero is fascinating and convincing * The Times * Carefully researched, vivid, and passionately told, this is the story of a fascinating new Nero -- Madeline Miller, author of The Song of Achilles 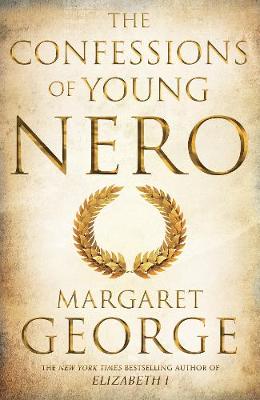