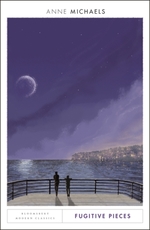 A powerful story of suffering and the power of love. When a young holocaust survivor is found in the woods by a Greek archaeologist his life is transformed. Although haunted by the death of his family he discovers that love and respect are the greatest things that can be taught and learned. A very moving and powerful novel.

Jakob Beer is seven years old when he is rescued from the muddy ruins of a buried village in Nazi-occupied Poland. Of his family, he is the only one who has survived. Under the guidance of the Greek geologist Athos, Jakob must steel himself to excavate the horrors of his own history. A novel of astounding beauty and wisdom, Fugitive Pieces is a profound meditation on the resilience of the human spirit and love's ability to resurrect even the most damaged of hearts.

'Monumental Fugitive Pieces is the most important book I have read for forty years'
John Berger, Observer

'This is a novel to lose yourself in; let the language pour over you, depositing its richness like waves lapping sand onto a beach. Michaels is a novelist of unusual and compelling power'
Erica Wagner, The Times

'Essential reading, both for its exceptional literary craft and for its exemplary and inspiring humanity'
Spectator

'All except a handful of contemporary novels are dwarfed by its reach, its compassion, its wisdom A book to read many times'
Geoff Dyer, Independent

Anne Michaels' most recent book, Poems, published in 2000, includes three collections of poetry: The Weight of Oranges, which won the Commonwealth Prize for the Americas; Miner’s Pond, which won the Canadian Authors Association Award and was shortlisted for the Governor General’s Award and the Trillium Award; and Skin Divers. Her first novel, Fugitive Pieces, was published by Bloomsbury in 1997 to worldwide critical acclaim. Fugitive Pieces won the Orange Prize and the Trillium Award among others, and was shortlisted for the Giller Prize and the Canadian Booksellers Association Author of the Year Award. Anne Michaels has also composed music for the theatre.

Weaving historical moments with the quiet intimacy of human lives, The Winter Vault, published by Bloomsbury in May 2009 and in paperback in May 2010, tells of the ways in which we salvage what we can from the violence of life.

More About Anne Michaels
Add To Wishlist
Buy from our bookstore and 25% of the cover price will be given to a school of your choice to buy more books. 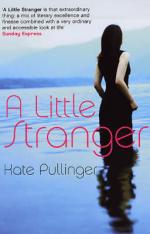 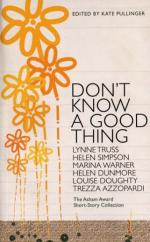