The Quality of Mercy

The Quality of Mercy Synopsis

It is the spring of 1767, two years after the events of Barry Unsworth's Booker Prize-winning novel Sacred Hunger. Erasmus Kemp, the son of a Liverpool slave ship owner, has had the rebellious sailors of his father's ship brought back to London to stand trial on charges of mutiny and piracy. However, Sullivan, the Irish fiddler, has escaped and is making his way on foot to the north of England, stealing and scamming as he goes. In London, Kemp is looking to invest some of his fortune on Britain's new industries: coal-mining and steel. When he receives a tip about some mines for sale in East Durham, Kemp sees the business opportunity he has been waiting for, and he too makes his way north, to the very same village that Sullivan is heading for...

The Quality of Mercy Press Reviews

This gripping novel . . . stands alone as yet another example of the author's extraordinary ability to turn dry history into dramatic narrative . . . With so much happening on the page that is dramatic and plot-based - the many different narrative threads eventually tie together in an entirely satisfying fashion - it could be easy to overlook the instances of quiet psychological transformation that give this novel its particular power. -- Christopher Potter * Sunday Times * Has all its predecessor's power to shock. This novel is immediately involving and immensely readable and may even be better than the [Booker-winning] earlier book. -- John Harding * Daily Mail * The big theme is power . . . Unsworth's 18th-century setting finds a correspondingly 18th-century feel in the fabric of his story: it is deeply sentimental, at time robustly comic . . . a silkily written potboiler, wonderfully well-realised, entirely engrossing. -- Sam Leith * Financial Times * He is a historical novelist of a reliably old-fashioned sort: the writer who offers a plausible recreation of a bygone age and animates it with people whose motivations are consistent with the tenor of their time . . . the fact that his characters never turn into moral ciphers is one of his greatest strengths. [The Quality of Mercy] has all these qualities in spades -- DJ Taylor * Independent * Here, immediately, you know that you are in the hands of a master . . . There are several strands to the novel, interwoven with rare artistry and assurance . . . Barry Unsworth does all this. The Quality of Mercy is the work of one who is both artist and craftsman. There is not a page without interest, not a sentence that rings false. It is gripping and moving, a novel about justice which is worthy of that theme. In short, it is a tremendous achievement, as good as anything this great novelist has written. -- Allan Massie * Scotsman * 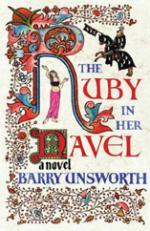 View All Books By Barry Unsworth