Set in present day Lagos, this teenage romance between an unusually sophisticated street hawker and the daughter of a corrupt, hugely influential businessman erupts into tragedy as the author shows the casual lack of care for anyone unfortunate enough to be poor or to "get in the way".  The subject is intriguing, the lovers an African Romeo and Juliet, and the background, contrasting poverty and immense wealth, beautifully portrayed.  An interesting debut.

Featured in Episode 6 of the LoveReading Podcast

"The Spider King's Daughter" is a modern-day Romeo and Juliet set against the backdrop of a changing Lagos, a city torn between tradition and modernity, corruption and truth, love and family loyalty. Seventeen-year-old Abike Johnson is the favourite child of her wealthy father. She lives in a sprawling mansion in Lagos, protected by armed guards and ferried everywhere in a huge black jeep.

But being her father's favourite comes with uncomfortable duties, and she is often lonely behind the high walls of her house. A world away from Abike's mansion, in the city's slums, lives a seventeen-year-old hawker struggling to make sense of the world. His family lost everything after his father's death and now he runs after cars on the roadside selling ice cream to support his mother and sister.

When Abike buys ice cream from the hawker one day, they strike up an unlikely and tentative romance, defying the prejudices of Nigerian society. But as they grow closer, revelations from the past threaten their relationship and both Abike and the hawker must decide where their loyalties lie. 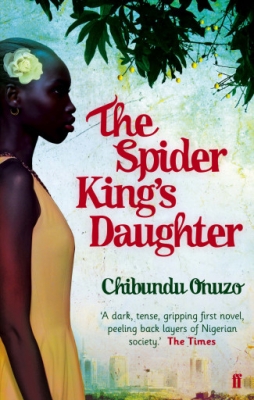 Chibundu Onuzo was born in Nigeria in 1991 and is the youngest of four children. After receiving a first in History from King’s College, London in July 2012, she is currently doing an MA in Public Policy at UCL. Having written The Spider King’s Daughter at the age of 18, she is the youngest woman to be offered a two-book deal with Faber and Faber. When not writing, Chibundu can be found playing the piano or singing.   Author photo © Johnny Ring 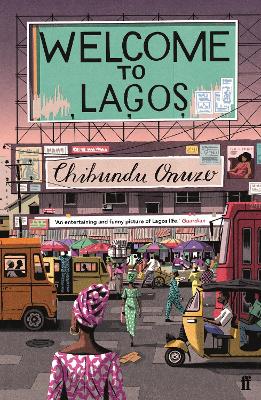 View All Books By Chibundu Onuzo