Sherlock Holmes is not only the most famous character in crime fiction, but arguably the most famous character in all fiction. In sixty adventures that pit his extraordinary wits and courage against foreign spies, blackmailers, cultists, petty thieves, murderers, swindlers, policemen (both stupid and clever), and his arch-nemesis Moriarty, Sherlock Holmes, together with his faithful sidekick Doctor John H. Watson, proves himself to be not only the quintessential detective but also the most engaging and entertaining company any reader could ask for. This beautiful new edition contains a new foreword by Ruth Rendell.

'The immense talent, passion and literary brilliance that Conan Doyle brought to his work gives him a unique place in English letters... Personally, I'd walk a million in tight boots just to read his letters to the milkman. -- Stephen Fry

'Why do people still read Sherlock Holmes in an age of DNA testing and electron microscopes? It's elementary. Holmes has a timeless intelligence that puts him head, shoulders and deer-stalker above all other detectives' -- Alexander McCall Smith

'The brilliance of the stories lies in the relationship between Holmes and Watson, which is both funny and touching -- Jonathan Coe

'Now, as in his lifetime, cab drivers, statesmen, academics, and raggedy-arsed children sit spellbound at his feet... No wonder, then, if the pairing of Holmes and Watson has triggered more imitators than any other duo in literature -- John Le Carre

Sir Arthur Conan Doyle was born in Edinburgh in 1859 and died in 1930. Within those years was crowded a variety of activity and creative work that made him an international figure and inspired the French to give him the epithet 'the good giant'. He was the nephew of 'Dickie Doyle' the artist, and was educated at Stonyhurst, and later studied medicine at Edinburgh University, where the methods of diagnosis of one of the professors provided the idea for the methods of deduction used by Sherlock Holmes.He set up as a doctor at Southsea and it was while waiting for patients ... 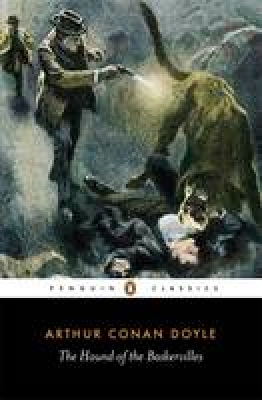